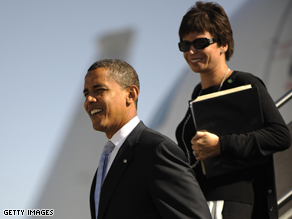 Jarrett is a longtime adviser to Obama.

WASHINGTON (CNN) - A longtime friend of Barack and Michelle Obama has officially been named a senior advisor to the incoming president.

President-elect Obama, in a statement released Saturday morning by his transition staff, announced that Valerie Jarrett will serve as Senior Advisor and Assistant to the President for Intergovernmental Relations and Public Liaison. CNN Contributor Roland Martin reported the offer to Jarrett on Friday evening.

Before joining The Habitat Company, Jarrett served for eight years in government for the city of Chicago; first as deputy corporation counsel for finance and development, then as deputy chief of staff for Mayor Richard M. Daley and finally as commissioner of the Department of Planning and Development.

Jarrett met Barack Obama when she hired his wife Michelle for a job in the Chicago mayor's office years ago and has be very close to the two of them ever since.

The transition team also made official Saturday the hiring of Ron Klain as chief of staff to the vice president, a story CNN first reported on Thursday. Klain was also chief of staff to Vice President Al Gore, but he's no stranger to Vice President-elect Joe Biden, having served as chief counsel to the Senate Judiciary Committee when Biden was the committee chairman. Klain also served as general counsel of Gore's 2000 Florida recount effort, and was portrayed by actor Kevin Spacey in an HBO movie about the event.

This year Klain helped with debate preparation for both Obama and Biden.

In a statement released Saturday morning, Biden said "Ron Klain has been a trusted advisor of mine for over 20 years. He brings extraordinary judgment, a deep understanding of the important policy issues facing our nation, a wide range of experience in the executive, legislative and judicial branches of
government, as well as a unique understanding of how the Vice President's office works."

The transition team also announced Saturday that Phil Schiliro will serve as assistant to the president for legislative Affairs. Schiliro is currently director of congressional relations for the Obama transition team. Before that he was a senior adviser to Obama's presidential campaign.