AREDALE, Iowa (CNN) - RAGBRAI is an acronym for the Register's Annual Great Bicycle Ride Across Iowa, and, according to its website, it's the "largest, longest, and oldest touring bicycle ride in the world." The week-long event sponsored by the Des Moines Register can attract well over 10,000 cyclists ranging from beginners to, in this year's case, a Tour de France winner.

I'm speaking of the one and only Lance Armstrong, cyclist extraordinaire and founder of the Lance Armstrong Foundation, which, according to its website, "unites, inspires and empowers people affected by cancer."

Unlike running for the presidency, RAGBRAI is non-competitive. So Armstrong extended invitations to anyone in 2008's wide field of presidential candidates to come along for the ride. And did anyone take him up on the offer? Yes, one: Democrat John Edwards. He also brought the family, including wife Elizabeth who's having her own battle with cancer.

Each of these men is a "celebrity" in one way or another. Edwards is a former senator, former vice-presidential nominee, and one of the candidates for his party's nomination in 2008; Armstrong is the best-known name in cycling, having won the Tour seven consecutive times.

But when Edwards and Armstrong pedal through some of the early caucus state's smallest towns—along with their entourages and some of the biggest crowds on wheels these towns have ever seen – is the overall response positive or negative?

END_OF_DOCUMENT_TOKEN_TO_BE_REPLACED

WASHINGTON (CNN) - Republican Sen. John McCain is slipping in polls in his home state of Arizona.

According to a new survey from the American Research Group, Sen. McCain had previously polled at 45% in February, and is now at 32 percent in July. His decline appears to be tied to the rise of former Tennessee Sen. Fred Thompson, who has not yet formally announced his candidacy for president.

Sen. Thompson received 15 percent of the votes among likely GOP voters in the new poll.

(CNN) – Republican presidential candidate Mitt Romney said at a campaign stop in Adel, Iowa Friday that Democrats shouldn’t be “measuring the drapes and getting the carpet all ready“ for the White House.

“American is not happy with how the war in Iraq has gone, and is angry, but is not ready to put somebody in the White House who would turn America into a European-type state,” he said.

Romney took shots at each of the three Democratic front-runners. Specifically, he charged Hillary Clinton with promoting economic policies that are “out with Adam Smith and in with Karl Marx.” He also criticized John Edwards for his May comments referring to the War on Terror a “bumper sticker slogan,” and painted Barack Obama’s willingness to talk with enemy states as “a left turn Americans don’t want to take.”

Clinton: I will fight for young, black and Hispanic men

Clinton took the opportunity before the civil rights organization to highlight the plight of young men of color in America, and to explain what she would do to improve their situation.

“I reject a conversation about 1.4 million young men as a threat, as a headache, or as a lost cause,” said Clinton.

Clinton’s remarks coincided with the release of what her campaign calls her “youth opportunity agenda” – a six-point plan to help America’s youth realize their full potential.

Barack Obama, John Edwards, and Dennis Kucinich also spoke at the event. No Republican presidential candidates participated in the forum.

Obama: Country will look at itself differently the day I'm inaugurated

(CNN ) – Democratic presidential candidate Barack Obama says the nation will look at itself differently the day he is inaugurated as America’s first black president.

Obama was addressing the National Urban League Convention’s presidential forum in St. Louis when he was asked what he could do to stop racial polarization in the U.S. Holding up his hand like he was taking the oath, the Illinois senator said, “The day I’m inaugurated, the country looks at itself differently. And don’t underestimate that power. Don’t underestimate that transformation.”

He told the crowd that endless high-minded discussions weren’t the answer to the problem. He said, “Here’s what I won’t do, because we do this all the time. I’m not going to set up a commission, and I’m not going to have a conversation, because we set those up with a lot of fanfare and there’s not any follow-up.”

Obama said that, as president, it would be more important to discuss specific issues as they come up “each and every day.”

(CNN) – Another candidate has now been heard from in the growing Barack Obama-Hillary Clinton war of words. This time, it is fellow Democratic presidential hopeful John Edwards, who jabbing them Friday morning, calling their feud an example of “what’s wrong with Washington.”

Edwards’ comments came as he addressed the National Urban League presidential forum in St. Louis. Edwards spoke ahead of both Clinton and Obama.

He told the crowd, “If you're looking for what's wrong in Washington, why the system is broken, why the system doesn't work, one perfect example is what's been happening just over the course of the last four days. We've had two good people, Democratic candidates for president, who spent their time attacking each other instead of attacking the problems that this country's faced.”

As the crowd reacted to his line, Edwards laughed, “I got your attention with that one, didn't I? We need to be staying focused on what all of us together want to do for America.” 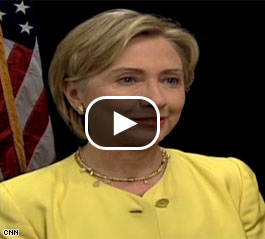 Watch Clinton’s latest comments on her spat with Obama, only on CNN.

“You know, I have been called a lot of things in my life, but I have never been called George Bush or Dick Cheney certainly,” Clinton told CNN’s John King.

“You know you have to ask whatever has happened to the politics of hope,” Clinton added, in reference to the Illinois Democrat's familiar campaign theme.

The two leading Democratic presidential contenders have been locked in a war of words following the CNN/YouTube debate Monday, when Obama said he would be willing to meet with controversial world leaders during his first year in office. Clinton, in response to the same question, said she would only meet with such leaders after a set of preconditions.

“I don't want to see the power and prestige of the United States president put at risk by rushing into meetings with the likes of [Venezuelan president Hugo] Chavez and [Cuban president Fidel] Castro and [Iranian president Mahmoud] Ahmadinejad,” Clinton told CNN Thursday. “I think we have to be absolutely clear that we are going to engage with the world, that we are not afraid to have diplomacy.”

The New York Democrat also brushed aside suggestions the Democratic primary race was getting overly negative too early.

END_OF_DOCUMENT_TOKEN_TO_BE_REPLACED

WASHINGTON (CNN) - In the latest edition of Strategy Session, Democratic strategist Donna Brazile and Terry Jeffrey, editor of Human Events, weigh in on the Clinton-Obama spat. 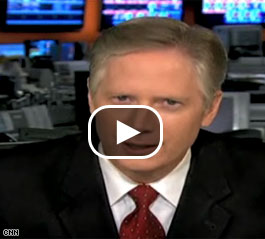 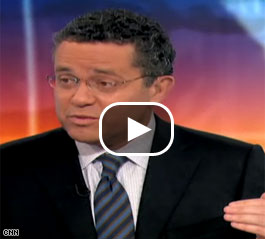