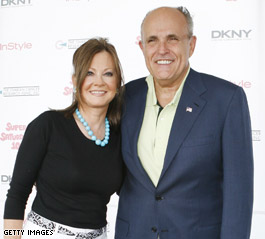 Cat and mouse on the Hill

He finally appeared at the weekly GOP lunch, but slipped in a backdoor and back out down a back stairway in the Senate. But showing a great example of the game of cat and mouse often played by lawmakers and journalists, CNN's Ted Barrett and Dana Bash split up to catch the seven-term senator. Barrett was eying one door and Bash was around the corner. He saw Stevens slip out and gave Bash the head's up to run down a back way to find him. She slipped away from the pack of reporters and ran down to greet Stevens at the bottom of those stairs.

Stevens came down, saw Bash and turned around and started going back up the stairs. She said one of his aides tried to physically stop her from following him but she told her it was a public hallway. She followed Stevens back up the stairs asking him questions and he was furious.

Bash asked Stevens why federal agents went to his house and what they took. "Can you understand English? That's the only statement I'm going to make," Stevens said.

When Bash tried to ask again, he said: "I understand you're recording this, but I told you again, I made the statement, it's issued. And that's all I'm going to say!" 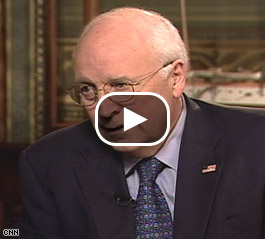 "People who are here illegally are going to have to get in line with everyone else, with no special pathways to become a citizen," Romney says in the ad. "Legal immigration is great, but illegal immigration, that we've got to end."

In the ad, Romney criticizes employers that hire illegal immigrants, and calls for a federal database that lists the names of legal workers.

The ad, which originally aired in a longer format in May, has been trimmed down to 30 seconds. It hit Iowa's airwaves on Tuesday.

According to the from polls the American Research Group, Giuliani is the leading Republican candidate in all three states with former Gov. Mitt Romney, R-Massachusetts, coming in second in New Hampshire in Iowa, and former Sen. Fred Thompson, R-Tennessee, placing second in South Carolina.

On the Democratic side, Sen. Clinton in ahead in Iowa but neck and neck in New Hampshire with Sen. Obama. In South Carolina, Sen. Obama has the advantage.

The proposal would spread out primaries by dividing the nation into four regions — West, Midwest, South, and East — with a rotating lottery system determining the order of primaries for each region. The first primary would fall on March 1, 2012 for the first region, followed by one region each month until the season is complete after the final region’s primary on June 1.

Iowa and New Hampshire would retain their privileged “first-in-the-nation” status through a special exemption allowing them to start the delegate selection process before March 1.

“Primaries were not intended to be an arms race,” said Klobuchar. “This schedule gives power and influence back to the voters in every state.”

“The guiding principle of our democracy is that every citizen has the opportunity to choose his or her political leaders,” said Lieberman. “But the sad truth is this principle no longer bears a resemblance to the reality of an increasingly compressed and arbitrary presidential primary system.”

Lieberman added that many voters feel the 2008 presidential race started too early and is already too long.

Currently, a large number of states have scheduled their primaries for the first Tuesday of February 2008, or what some are now calling “Super Duper Tuesday.”

In addition to the proposed regional primary, Sen. Alexander announced his intention to push for an increase in the amount an individual can donate to a presidential campaign from the current $2,300 to $10,000.

AMES, Iowa (CNN) - Republican presidential candidate Sam Brownback fired a few shots today, though not at any of his opponents.

The Kansas senator spent some time on a shooting range in Ames, Iowa - a town also known for a certain well-known straw poll coming up August 11 - and emphasized his position on gun rights to a group of reporters.

Brownback said he holds an 'A' rating from the National Rifle Association but that he is not currently a member. The campaign said he's hunted on several occasions.

Brownback fired an AR-15 rifle. And in case you're wondering, he didn't quite hit the bull's-eye but wasn't too far off from the target either.

"Am I low, high?" Brownback asked after his first shots. "Where'd that go?"

"Just over the top of the target," said an onlooker.

CNN Senior Political Correspondent Candy Crowley and CNN's John Lisk take a look at the money Fred Thompson has raised for the month of June.

Edwardses celebrate their anniversary at Wendy's

John and Elizabeth Edwards celebrate their 30th anniversary at Wendy's.

WASHINGTON (CNN) - John and Elizabeth Edwards took a break from their hectic campaign schedules on Monday to celebrate their annual tradition - eating their anniversary dinner at Wendy's.

The tradition started on their first anniversary, when the Edwards were in the middle of moving and too busy for a formal dinner. They decided to continue it and have eaten there every year since.

The couple celebrated their 30th anniversary at a Wendy's in Chapel Hill, North Carolina.