“The level of support and enthusiasm from people across this country is inspiring,” said Thompson in a written statement. “It tells me that people are ready for a leader who will change the national attitude from political bickering to a shared vision for our future. A leader who will bring us together, one who understands the challenges we face.”

The committee says it received contributions from 9,167 donors in less than one month and spent just over $625,000 in the same timeframe.

Thompson, who is not yet an official candidate, created a presidential exploratory committee, also known as a “testing the waters” committee, in early June. Federal law required the former senator to register the committee with the Internal Revenue Service as a so-called “527” organization, which he may later convert to a federal campaign committee once he declares his candidacy.

He is expected to officially launch his campaign after Labor Day.

Obama's campaign will air a new ad in Iowa

DES MOINES, Iowa (CNN) –The Obama Campaign announced Tuesday that a new ad focused on reforming Washington will begin airing Wednesday across the Hawkeye State. Ethics reform has become a staple in the Democratic candidate's stump speeches in the region. In a press release, the campaign also plans to put signs reading "Not paid for by PAC or federal lobbyist money" in offices statewide.

"I am extremely proud of amount of money our campaign has raised," the Illinois senator said in a statement, "but I’m even more proud of how we did it. We didn’t take a dime from Washington lobbyists or special interest group because if we’re going to truly change the way Washington works, we need to break the stranglehold that the lobbyists and special interests have on our democracy."

Ethics reform was a primary focus of remarks Obama made Monday in Cedar Rapids, Iowa. In his speech, he said that lobbyists "stop us from addressing issues that matter."

"Special interests dominate on a day to day basis in terms of legislative activity," he said. "If we can’t change that, we’re not going to change anything.”

GOP Senator to Clinton: "We don't want to lose you"

The funny moment occurred as senators questioned Admiral Mullen before the Armed Services Committee. Chairman Carl Levin, D-Michigan, asked the Democratic presidential hopeful if she would allow Warner to finish his line of questioning before she started. Clinton politely replied, “Absolutely.”

Warner said, “Senator Clinton, may I thank you for that courtesy? You know, the many years that you’ve been on this committee, that’s the hallmark of your service. Courtesy and respect. And you’ve been a good strong working partner through the years.”

Warner then deadpanned, “We don’t want to lose you.”

To laughter, Levin then interrupted, “Your time is up, Senator Warner.”

Richardson will speak on energy

The eight stops of the tour are all being dubbed as "presidential job interviews" - Richardson's version of town hall meetings - and will begin in Eldridge, Iowa, on Thursday and conclude in Wapello on Friday.

DES MOINES, Iowa (CNN) - It's a sight that Iowans are used to seeing by now, but nonetheless Democratic presidential candidate John Edwards announced that he, too, will be touring the state in a bus.

The campaign said Tuesday that the seven-day trip, dubbed the "Fighting for One America" bus tour, will make stops in 30 counties. It will begin Monday, August 13, in Des Moines, where the Iowa State Fair will be well underway. The tour will take the former senator through all regions of the state before returning back to Des Moines on Sunday, August 19, for a Democratic debate at Drake University.

In a statement, Edwards said, "I’m looking forward to this trip and talking with Iowans about our fight to build One America – an America where everyone has a chance to get ahead and where the needs of regular Americans come before the needs of powerful special interests."

Recently, buses stocked with presidential hopefuls have been no strangers to the Hawkeye State. Thus far Democrat Chris Dodd and Republicans Sam Brownback, Mitt Romney, and Tommy Thompson have all jumped on the bandwagon, so to speak. Republican John McCain also took his "Straight Talk Express" –made famous in his 2000 presidential bid– out for a ride in March.

"We've got to do it the American way. The American way is not single-payer, government-controlled anything. That's a European way of doing something; that's frankly a socialist way of doing something," the former New York mayor said. "That's why when you hear Democrats in particular talk about single-mandated health care, universal health care, what they're talking about is socialized medicine."

Giuliani was in Rochester, New Hampshire, to discuss his health care proposals. He said he would reform the current system by using free-market solutions that he said would facilitate consumer-driven health care.

"America's health care system is being dragged down by decades of government-imposed mandates and wasteful, unaccountable bureaucracy," he said. "To reform, we must empower all Americans by increasing health care choices and affordability, while bringing accountability to the system."

Giuliani was scheduled to appear later in the day in Norwalk, Connecticut. 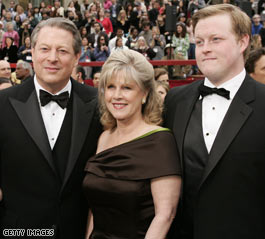 In an interview with CBS Radio, Cheney laughed and said, “I wasn't quite sure. I didn't think that was meant to be a compliment, but it was an interesting line of attack.”

Cheney said he was happy to watch this campaign from the sidelines. He told CBS, “I watch with great interest on both sides, both Republicans and Democrats. Our presidential campaigns are one of the unique and distinguishing features of our society. And the process by which we select presidents and then hold them accountable is unique in many respects here in the United States. As somebody who has participated in that process now for the better part of 40 years, I am always fascinated by it. Not involved this time, but fascinated.”

He said he has no regrets choosing not to seek the Republican nomination for president. Cheney called it “the right decision,” saying, “I addressed that issue some ten years ago, and decided I wasn't going to be a candidate. And that was the right decision for me and my family, and I have no second thoughts.”

While Cheney was briefly acting as president recently, he wrote a letter to his grandkids.  "A souvenir for them to have down the road some day," he said to CBS Radio. 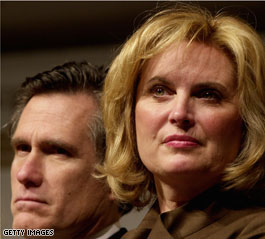 CEDAR RAPIDS, Iowa (CNN) - Democratic presidential candidate Barack Obama said Monday if U.S. troops aren't out of Iraq by the time he's president, the first thing he'd do in office is order the Joint Chiefs of Staff to "get a plan to begin withdrawing" troops from Iraq. He was careful not to say he'd try to bring troops home immediately."This will be a messy withdrawal," Obama said. "People who say we'll just pull them out are irresponsible."

Obama made his comments at a town hall meeting in Cedar Rapids, Iowa, to a group of about 600 people, according to the campaign.

The Illinois senator also devoted a substantial amount of time to ethics reform in Washington, taking a few shots at the Bush administration and "no-bid" contracts.

"When our government gives Halliburton seven billion dollars in taxpayer dollars to put out Iraqi oil fires that don't exist, when we hand over Katrina contracts to more of George Bush's FEMA friends, it doesn't just violate the American people's trust," Obama said. "It takes away the tax dollars they've earned and the valuable services they need."

Obama said that lobbyists "stop us from addressing issues that matter" and that the country needs to "change the way business is done in Washington."

"It's not our agenda being moved forward in Washington," he said. "Special interests dominate on a day to day basis in terms of legislative activity.  If we can't change that, we're not going to change anything."

Touting what he says is his refusal to accept money from political action committees has become a staple in Obama's bid for the nomination.