Sen. John Warner announced that he will not seek reelection in Charlottesville, Virginia on Friday

WASHINTON (CNN) – In a phone conversation with CNN’s Senior Political Correspondent Candy Crowley, Virginia Republican Sen. John Warner said he had "mixed emotions" about his retirement. Warner admitted that worry over whether his seat might be won by a Democrat in 2008 was “a factor” in his decision, but indicated the passage of time may have been more influential.

Warner, who is 80 years old and would be almost 82 at the start of a sixth term, called his senate job "so dynamic, so demanding that it is really 24-7.”

“In the end, my thinking was driven by one thing, by what is fair, not to me, but to the people of this state,” he said. Warner has worked with many of the people mentioned as possible candidates for his now open seat. He acknowledged his retirement puts Virginia in play for Democrats, but said “you take the cards the voters deal you and go for it.”

A top Republican on the Senate Armed Services Committee, Warner made headlines recently when he called for some troops to start coming home by December to show the Iraqis that the U.S. commitment is not without end. Still, Warner told Crowley the war is not lost, saying there have been “some measurable gains” and American soldiers are helping sustain the Iraqi government by giving it “breathing space, so the legislative body can do their work.” In Warner’s view, however, Prime Minister Maliki’s government is not living up to its end of the bargain.

Warner said he is grateful for the 16 more months he has left to work on Iraq and Afghanistan, and without a campaign to worry about, he says no one can say “politics” is a factor in decisions he makes about those two conflicts.

Warner wouldn’t say whether he thought embattled Idaho Republican Sen. Larry Craig should resign his seat, but he did tell Crowley, “I think the Senate Republican leadership under Sen. Mitch McConnell are taking the right steps.”

WASHINGTON (CNN) - Facing pressure to resign from the Senate, Idaho Sen. Larry Craig will announce his plans at a press conference in Idaho on Saturday.

Sen. Warner recently suggested that President Bush have some troops home from Iraq by Christmas

WASHINGTON (CNN) - Senator John Warner announced Friday that he will retire after his current term expires and will not run for re-election in 2008. The five term senior senator from Virginia was first elected to his seat in 1978.

The announcement of the 80-year-old Warner’s retirement puts Senate Republicans in a bigger bind as they try to recapture the chamber from the Democrats in next year’s election. Virginia was once a solid red state, but Democrats have won most of the major state wide elections in recent years.

Warner’s seat will definitely be in play next year. Rep. Tom Davis could run for Warner’s seat. The moderate Republican from northern Virginia has long eyed succeeding Warner. But Davis is a moderate Republican and would most likely face serious competition from a conservative candidate. One possibility is former Governor Jim Gilmore, who gave up his bid for the White House last month.

On the Democratic side, party leaders are hoping former Governor Mark Warner (no relation) will run. Warner left office after 2005 with very high favorable ratings. He also considered running for president but never officially jumped into the race. Warner would be considered a very strong candidate and could have a good chance at taking the seat away from the Republicans.

END_OF_DOCUMENT_TOKEN_TO_BE_REPLACED 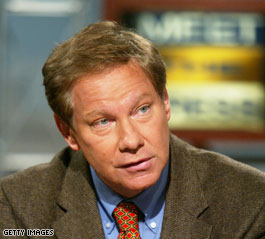 Rep. Tom Davis will run for John Warner's Senate seat, according to a CNN source

WASHINGTON (CNN) - Rep. Tom Davis appears to be the first person to throw his hat into the ring in the battle to succeed retiring Sen. John Warner of Virginia. A congressional source close to Davis told CNN Radio’s Lisa Goddard that, “Tom’s running. He didn’t want to say more today because it’s the senator’s day.”

The source reached out to CNN just one hour after Warner announced that he won’t run for re-election in 2008. Davis, a moderate Republican from Northern Virginia, has long eyed succeeding Warner. But Davis could most likely face serious competition from a more conservative candidate. One possibility is former Gov. Jim Gilmore, who gave up his bid for the White House last month.

On the Democratic side, party leaders are hoping former Gov. Mark Warner (no relation) will run. Warner left office in 2005 with very high favorable ratings. He also considered running for president, but never officially jumped into the race. Warner would be considered a very strong candidate, and could have a good chance at taking the seat away from the Republicans.

According to sources close to CNN, Gov. Warner is expected to make a decision about entering the race within a week.

The Democrats currently hold a slim 51 to 49 majority in the Senate. But 22 of the 34 seats up next year are held by Republicans. Warner becomes the second GOP senator to retire rather than run for re-election in 2008. Sen. Wayne Allard of Colorado is also retiring.

Earlier today, Rep. Davis put out a statement regarding his colleague’s retirement, saying, “Senator Warner is a giant. For decades, he’s been everything a public servant should be: thoughtful, honorable, persistent, courageous, and generous. He’s been that rare politician who cares more about getting things done than getting credit. He’s made Virginia a better place. He’s made our nation more secure. He’ll go down in history as one of the greats – and I’m sure there are several chapters yet to be written. Today’s a day to celebrate and honor John Warner. He’s more than earned a victory lap. An announcement from me on my future plans can wait for another day.”

WASHINGTON (CNN) – Sen. John Warner, R-Virginia, on Friday became the second senator to announce he will not seek re-election in 2008, joining fellow Republican Wayne Allard of Colorado on the campaign sidelines.

A total of 34 U.S. Senate seats will be up for grabs next year, with Republicans defending 22 seats, compared to 12 seats for Democrats.

A complete list of senators up in 2008 is available below.

END_OF_DOCUMENT_TOKEN_TO_BE_REPLACED

Fugitive fundraiser turns himself in

Norman Hsu surrendered to authorities in California on Friday

Hsu was being held on $2 million bond at the Maguire Correctional Facility in Redwood City, the San Mateo County seat. A bail reduction hearing has been scheduled for Wednesday.

Hsu had been a top contributor to Democrats, including presidential candidates Hillary Rodham Clinton and Barack Obama. But their campaigns and others said they have returned or given to charity donations from Hsu, who had an open bench warrant for his arrest in California.

Snow to step down as W.H. spokesman September 14

CONCORD, N.H. (WMUR) - Democratic parties in the four states originally scheduled to hold primaries or caucuses early in the season are calling upon the presidential candidates to urge other states to stop trying to move up in the process.

New Hampshire Democratic Party Chairman Ray Buckley said that the parties in New Hampshire, Iowa, South Carolina and Nevada will urge the candidates to call on other states to stop moving their contests earlier.

The move is aimed at states such as Florida and Michigan, which are in the process of scheduling primaries earlier than the dates set by the Democratic National Committee. Buckley said that the traditionally early states want to open a dialogue with the other states to solve the problem.

Read the rest of this story

Craig said Tuesday he did nothing wrong.

BOISE, Idaho (CNN) - Top Republican Party leaders have received indications that Sen. Larry Craig, R-Idaho,  is preparing to resign, according to a GOP source with knowledge of the situation who spoke with CNN. The Republican National Committee was poised to take the extraordinary step of calling on Craig to step down but that planned effort was put on hold when Craig himself indicated that he's preparing to relinquish his U.S. Senate seat.

CNN has learned that high level meetings regarding Craig’s resignation were being conducted in Idaho on Thursday.