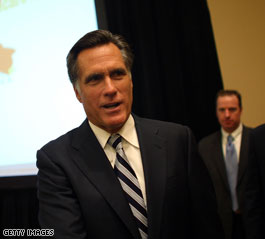 “Mitt Romney's legacy is the creation of a multi-billion dollar government health bureaucracy that punishes employers and insists middle income individuals either purchase health insurance or pay for their own health care,” Dr. Scott Atlas, a health care advisor to former New York City Republican Mayor Rudy Giuliani, said in a statement. “The former is a mandate, the latter is a tax, and neither one is free-market."