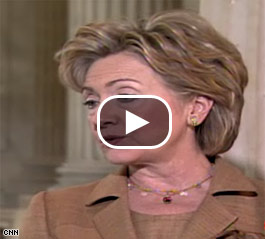 Federal prosecutors announced the criminal complaint Thursday at a press conference in Manhattan.

Clinton told CNN's Jessica Yellin Thursday she is not worried Hsu's charge will have a negative affect on her campaign.

"Unfortunately none of us caught the problem that were there," she said. "This happened to a lot of campaigns, a lot of investors who made investments that unfortunately don't look like they were treated appropriately. The system of justice will work its course, and I think that's appropriate."