Former rival to back Giuliani 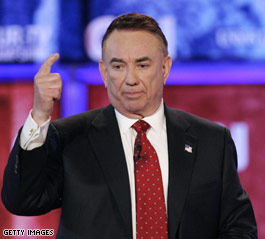 Thompson dropped out of the GOP race after a poor showing in the Iowa straw poll.

The announcement will take place in Charleston, South Carolina.

Thompson, who also served in President Bush’s Cabinet as the Health and Human Services Secretary, gave up his own White House bid in August after failing to crack the top tier in the Iowa Straw Poll.