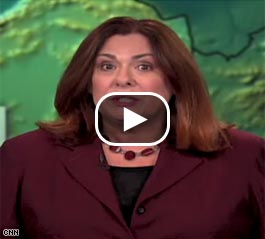 WASHINGTON (CNN) - The race for the 2008 Democratic presidential nomination is heating up as Sen. Hillary Clinton, D-New York; Sen. Barack Obama, D-Illinois; and John Edwards, D-North Carolina, turn their attention to U.S. policy toward Iran. Watch Candy Crowley explain what the three Democrats have been saying about the Middle Eastern country.

Obama, Clinton on the air in South Carolina ... on a Jumbotron

The Obama and Clinton campaigns will TV ads at a South Carolina college football game.

The campaign will run two upbeat ads. One ad, entitled "What If?," has already run in Iowa. The other, called "Join Us," was made by the campaign for the CNN/YouTube Debate in July.

Dawson Stadium seats 22,000 people. The SCSU sports information office told CNN the game is not yet sold out.

UPDATE: The Clinton campaign tells CNN they will also be running an ad on the South Carolina State Jumbotron. Their ad, "Stand By Us," has already run in Iowa and New Hampshire. 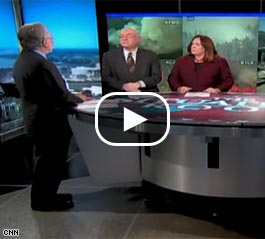 Watch the Best Political Team on TV analyze Schwarzenegger's management of the wildfires.

WASHINGTON (CNN) - Senior Political Analyst Bill Schneider and Senior Political Correspondent Candy Crowley were in the Situation Room Friday. They watched California Gov. Arnold Schwarzenegger in a press conference and then weighed in on how they think he's handled the Golden State's wildfire crisis so far this week. 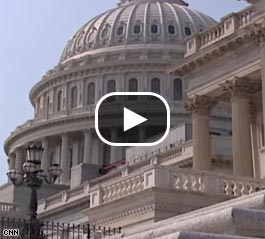 WASHINGTON (CNN) - Senior Political Analyst Bill Schneider takes a look at what new poll numbers about Congress may mean for the 2008 election.

Related: Approval of Congress at 22 percent 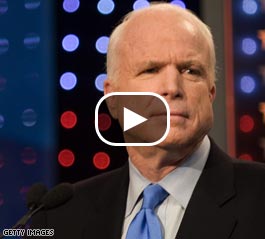 (CNN) - It is an odd anniversary to celebrate.  But Sen. John McCain took time on the campaign trail Friday to commemorate the fact that his plane was shot down, he was gravely injured, and held as a POW during the Vietnam war forty years ago.  Bill Schneider reports on how McCain is using his military service to distinguish himself in the 2008 presidential race.

Related: McCain defends use of Fox News clips in ads

Giuliani: cut off aid to Yemen over release of bombing suspect

WASHINGTON (CNN) – Republican presidential candidate Rudy Giuliani Friday night called for the U.S. Government to cut off millions of dollars in aid to Yemen, after the country released a suspect in the bombing of the USS Cole.

Jamal al-Badawi was convicted of masterminding the attack in Yemen, and is under indictment in New York. He escaped from prison in Yemen for a second time in 2006, but turned himself in earlier this month. He was then released by the government there.

In a statement, Giuliani said, “This is unacceptable. Yemen must turn over al-Badawi to the U.S. for trial in the Southern District of New York…. until al-Badawi is re-arrested, America should use all the means at its disposal to pressure Yemen to stop siding with terrorists. As a first step, I urge the U.S. Government to cancel the more than $20 million in aid scheduled to be delivered to Yemen.”

Biden: 'I don't own a single share of stock'

MANCHESTER, New Hampshire (CNN) - Speaking before a crowd of senior citizens, Sen. Joe Biden, D-Delaware,  acknowledged the need for increased financial literacy and emphasized that investing was also outside his comfort zone.

"I come from a working class family, my dad was a gentle, honorable man who was a wonderful fellow, high school educated," Biden said.

"When I went into college, I didn't know what a bond was or a stock or an investment, my dad didn't know. You never discussed it. I wasn't even sure what a mortgage was and I'm not a slow fellow. But it's your comfort level and what you're used to and how you're raised."

END_OF_DOCUMENT_TOKEN_TO_BE_REPLACED

McCain: I intercepted a missile with my airplane 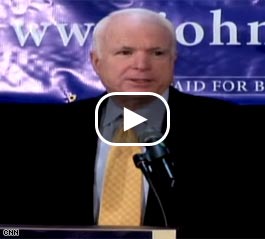 (CNN) – At a campaign event in Iowa Friday, Sen. John McCain, R-Arizona, commemorated the 40th anniversary of the day his U.S. Navy airplane was shot down – a day that also began McCain’s five years of captivity as a prisoner of war during the Vietnam war.

“Many years ago, on this day, I was able to intercept a surface-to-air missile with my own airplane,” joked McCain, “which was no mean feat to say the least.” McCain was seriously injured in the crash but he survived.

“I came out of the Vietnamese ‘hospital’ in very bad condition,” McCain said Friday.  He was placed in a cell with two other American POW’s.  They “literally saved my life and nursed me back to health,” a humbled McCain explained.

Col. Bud Day, one of McCain’s two cellmates, also spoke at the event. “When they brought him into the room, he was basically on the verge of death,” Day explained to the McCain supporters gathered Friday.

Bob Farmer has worked on Democratic presidential campaigns since former Sen. John Glenn’s presidential run in 1984. Until recently, he served on Obama’s national finance committee before deciding to leave for the Clinton camp. Obama campaign spokesman Bill Burton told CNN that Farmer has not raised any funds for the campaign.

When asked what Farmer did for the campaign, Burton told CNN “nothing.”

Huckabee is hoping his background as a Baptist minister will help him with conservative evangelical voters in South Carolina.

Given the relatively small size and resources of his campaign, Huckabee has been able to attract several impressive symbolic endorsements here. Iris Campbell, the wife of the state's popular former governor, Carroll Campbell, is an honorary co-chair of the campaign. Campbell's son Mike, former candidate for lieutenant governor, is Huckabee's state chairman. (Carroll Campbell died in 2005 at the age of 61).