Koch: Spitzer has 'a screw loose' 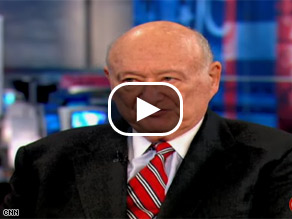 "I think there's a screw loose," says Koch. "I believe that his behavior, beginning with his becoming governor, has been irrational. And, what he did is to indicate that he doesn't play by the regular rules, that regular rules don't apply," Koch adds.

Koch also shares his thoughts on Spitzer's political future and whether he thinks Spitzer was targeted by political enemies in New York.