Bill Clinton: We did not play race card 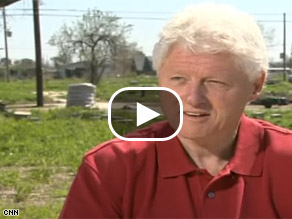 "What happened there is a total myth and a mugging," Clinton told CNN's Sean Callebs in New Orleans, Louisiana, over the weekend.

"It's been pretty well established. Charlie Rangel ... the chairman of the House Ways and Means Committee, said in unequivocal terms in South Carolina that no one in our campaign played any race card, that we had some played against us, but we didn't play any."