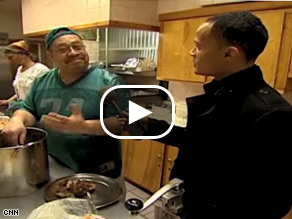 (CNN) - The pivotal presidential campaign in Pennsylvania is entering a new chapter, and the first pages may be a good sign for Democrats.

As the state hit a voter sign-up deadline Monday for upcoming primaries, a top official told CNN that a near-majority of all voters on the rolls are registered as Democrats.

This comes as all sides see Pennsylvania as a key battleground in November. The state thinly went to John Kerry in 2004 and has a split Congressional delegation.

Van Sickle noted Pennsylvania had 8.2 million total registered voters at the time. Do the math and it shows 49% of Pennsylvania voters were registered Democrats as of Monday, compared with 39% for Republicans.

The primary registration numbers will not be final until later in the week, as officials accept mail-in forms post-marked by Monday.

Democrats may be benefiting from heavy publicity and interest in the Hillary Clinton-Barack Obama race, while John McCain has cornered his party's nomination and made Pennsylvania's Republican primary almost meaningless. However they did it, VanSickle says Democrats have set an all-time record for their party.

"It is a high, the best we can tell," VanSickle said. According to him, Pennsylvania Democrats in past weeks have netted up to 22 times as many party changers as Republicans.

As for April 22, VanSickle expects high numbers at the polls, especially for Democrats.

"With the activity that we've seen," he said, "I do think we're going to see a really good turnout."