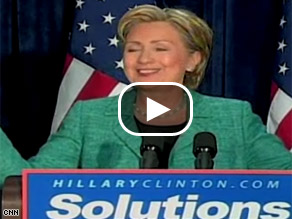 Earlier in the press conference, describing her husband's advocacy for the trade deal, Clinton said: "Everyone is free to express their opinion."