Dean: I need a decision 'now' 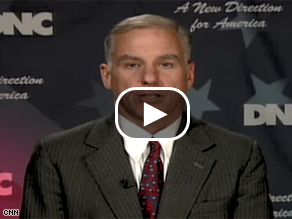 “We cannot give up two or three months of active campaigning and healing time,” the Democratic National Committee Chairman told CNN’s Wolf Blitzer. “We’ve got to know who our nominee is.”

After facing criticism for a mostly hands-off leadership style during much of the primary season, Dean has been steadily raising the rhetorical pressure on superdelegates. He said Thursday that roughly 65 percent of them have made their preference plain, but that more than 300 have yet to make up their minds.

The national party chair, who has remained neutral throughout the primary process, said again it’s his job to make sure both candidates feel they are treated fairly – but not to tell either of them when to end their run.