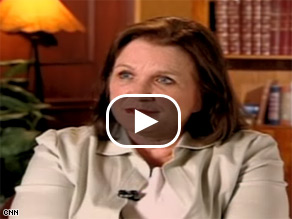 (CNN)—Elizabeth Edwards, who has made her opposition to John McCain’s health care policy evident in recent months, kept up her assault on his newly-released health care proposal Tuesday, calling the plan a complete “disaster.”

“The fear of a government-run program is completely a false boogeyman in this race,” since neither Barack Obama or Hillary Clinton have proposed a government takeover of the nation’s health care system, Edwards told CNN’s Dana Bash

“Senator McCain has decided if he puts up this red herring that he’ll be able to shoot it down and make him look better,” said Edwards.

The presumptive Republican nominee is in the midst of a week-long tour highlighting his own newly-announced health care reform proposal, which emphasizes personal responsibility and market-driven savings.

“We must move away from a system that is fragmented and pays for expensive procedures toward one where a family has a medical home…where the focus is on affordable quality outcomes,” McCain said earlier this week.

Edwards said McCain used to battle insurance interests, but is now “willing to give them a free ride on the backs of sick people in this country.”

The latest criticism amidst mounting speculation over whether Elizabeth Edwards might make an endorsement ahead of North Carolina’s May 6 primary. Edwards has emphasized the fact that she has not yet formally backed either of the remaining Democratic candidates, though she has spoken positively about Hillary Clinton’s health care proposal.