(CNN) - CNN has learned that former first daughter Chelsea Clinton will be campaigning for her mother in Puerto Rico Tuesday, Wednesday, and Thursday of this week.

The announcement comes on the heels of the Clinton campaign's admission that it is currently $20 million in debt and among increased talk by political pundits about when and how Sen. Hillary Clinton will exit the race and concede the Democratic presidential nomination to Sen. Barack Obama.

Puerto Rico holds its presidential primaries on June 1 so the decision to send Chelsea Clinton to the island appears to signal her mother's intention to remain in the race at least until early next month.

In her efforts to help her mother, Chelsea Clinton has lucked out by getting assigned to campaign in not one, but two tropical locales. The younger Clinton previously campaigned in Hawaii prior to that state's Democratic caucuses in February and this week's trip will be her second to Puerto Rico on her mother's behalf.

"John McCain is one of the few senators of either party who oppose this bill because he thinks it's too generous," said Obama. "I could not disagree with him more. At a time when the skyrocketing cost of tuition is pricing thousands of Americans out of a college education, we should be doing everything we can to give the men and women who have risked their lives for this country the chance to pursue their American Dream."

In a statement, McCain spokesman Tucker Bounds called it "absurd" for Obama to question McCain’s commitment to America’s veterans "when Obama himself voted against funding our nation’s veterans, and troops in the field during a time of war."

END_OF_DOCUMENT_TOKEN_TO_BE_REPLACED

LOGAN, West Virginia (CNN) – Political campaigns usually look to lower expectations – but one of Hillary Clinton’s supporters took the opposite tack Monday, setting the bar for a West Virginia primary win at an unprecedented high at an enthusiastic campaign event.

A campaign spokesman quickly tried to downplay Chafin’s remaks, saying “We appreciate his exuberance, but we're pretty sure this race is going to be much closer than that.”

Polls suggest Clinton will win West Virginia very easily - recent polls have shown her beating the Illinois senator by as much as 40 percentage points.

But Chafin isn’t the only one raising expectations.

END_OF_DOCUMENT_TOKEN_TO_BE_REPLACED

[cnn-photo-caption image= http://i.cdn.turner.com/cnn/2008/images/05/12/art.clintonpolls.ap.jpg caption="Clinton holds big leads in the next two states."](CNN) - Even as her campaign appears to be in its final stages, Hillary Clinton is headed for two sweeping victories in West Virginia and Kentucky, the next two states to weigh in on the prolonged Democratic presidential race.

In Kentucky, a Research 2000 poll shows Clinton winning 58 percent of the vote to Obama's 31 percent. But despite Clinton's strength in the state, the poll suggests John McCain would easily defeat both Democrats in November - the Arizona senator holds a 25 point advantage over Obama and a 12 point lead over Clinton. Kentucky is considered a solidly Republican state, though former President Bill Clinton carried it twice. The state's primary is May 20.

It remains unclear how Clinton's likely large wins in both states will affect the presidential race, given Obama's significant lead in total delegates. Only 28 pledged delegates are at stake in West Virginia Tuesday, while 51 are up for grabs in Kentucky.

[cnn-photo-caption image= http://i.cdn.turner.com/cnn/2008/images/05/12/art.clintonsmile.jpg caption="Hillary Clinton compared her Campaign to JFK's Monday.'"]
(CNN) - Hillary Clinton said again Monday that no Democratic presidential candidate can win without a victory in West Virginia - and drew a parallel between her own campaign and John Kennedy’s 1960 White House run.

“It was West Virginia that made it possible for John Kennedy to become president,” Clinton said at a Clear Fork, West Virginia campaign stop. “Now, John Kennedy didn’t have the number of delegates he needed when he went to the convention in 1960. He had something equally as important - he had West Virginia behind him, because it’s a fact that Democrats don’t get elected president unless West Virginia votes for you…”

Barack Obama may be the party’s pledged and superdelegate leader – but that status does not appear to have helped him in West Virginia, where Clinton leads by 30-40 points in recent state polls.

“So I’m here today because I know what’s really going to matter tomorrow,” said Clinton. “It’s the votes of the people of West Virginia and if you will come out and honor me with your vote I will work my heart out for you.

END_OF_DOCUMENT_TOKEN_TO_BE_REPLACED

Cafferty: Will Pres. Bush or Rev. Wright cause more damage?

[cnn-photo-caption image= http://i.cdn.turner.com/cnn/2008/images/05/12/art.wright.bush.gi.jpg caption=" George W. Bush may do as much damage to John McCain's chances of being elected as Jeremiah Wright does to Barack Obama's, according to results of a recent USA Today/Gallup poll."]

Turns out President Bush might do more damage to John McCain's campaign than the Reverend Jeremiah Wright does to Barack Obama's.

A new USA Today/Gallup poll finds 38% of likely voters say McCain's ties to the president make them less likely to vote for the presumptive nominee in November. 33% says Obama's relationship with Wright has the same effect.

Speaking to a Memphis TV station over the weekend, Cohen compared Clinton to Glenn Close’s character in the movie "Fatal Attraction."

Close played an obsessed and mentally unstable woman who refused to end an affair with a married man, despite his repeated urgings. In the movie’s final scene, Close's character appears to have drowned in a bathtub, but re-emerged before getting fatally shot.

"Glenn Close should have stayed in that tub, and Sen. Clinton has had a remarkable career and needs to move to the next step, which is helping elect the Democratic nominee," Cohen said.

Cohen's office released an apology from the congressman soon after he made the comments.

"I sincerely apologize for the comments I made about Senator Clinton's campaign," he said in the statement. "I have great respect for Senator Clinton as a US Senator. She has waged an historic campaign which has done much to break the glass ceiling. My comments obviously do not reflect the sentiments of Senator Obama or the Obama campaign. Nor do they reflect my opinion of Senator Clinton whom I have known for years and admire. My hope is that our party will come together to work to defeat John McCain."

Cohen endorsed Obama on February 4, one day before the Super Tuesday contests.

Blitzer: This year, the Supreme Court hangs in the balance

[cnn-photo-caption image= http://i.l.cnn.net/cnn/2008/images/02/04/art.blitzer.cnn.jpg caption="Blitzer: A one- or two-vote swing could make all the difference on the nation's highest court."] (CNN) - The next President of the United States will have an enormous opportunity to shape the U.S. Supreme Court for decades. That’s because several members of the court are getting up there in years.

Clearly, the two presidential frontrunners have a major disagreement on this critically important issue, and no doubt it would be a major consideration for voters in the fall.

Given the current split among the nine Justices, the next one or two members will have an incredible opportunity to shift the balance. Among the most sensitive issues that could be considered would be the future of Roe vs. Wade and abortion rights for women.

I raised this issue the other day with Senator Joe Lieberman of Connecticut who supports abortion rights. The former Democratic vice-presidential nominee strongly supports John McCain. Lieberman voted to confirm the nomination of Roberts; he voted against Alito. The future of the Supreme Court, he said, is “a big issue for me. I’m a lawyer. I’m a former attorney general.”

He supports McCain largely because of his stance on major national security issues. I asked him if he feared Roe versus Wade would be oveturned by McCain’s future Supreme Court nominees. “Look,” he replied, “I think it’s the law of the land.” But he would be “upset” if it were overturned. “This is an important issue. But there are a lot of important issues. One is to protect our security. Senator McCain is by far best prepared to do that.”

How important is the future makeup of the Supreme Court to you?

[cnn-photo-caption image= http://i.cdn.turner.com/cnn/2008/images/05/12/art.obama.smiles.jpg caption="Barack Obama's campaign said they are campaigning in places to be competitive this fall."]
(CNN) - Barack Obama’s campaign says the Democratic presidential hopeful is now focusing his attention on general election battleground states, with plans to appear in Missouri Tuesday and the announcement of his first campaign stops of the year in both Michigan and Florida.

“Our schedule reflects the fact that we are still fighting for votes and delegates in the remaining contests but also that we are going to places that are going to be competitive in the fall,” Obama campaign spokeswoman Jen Psaki said Monday.

Voters in both Michigan and Florida went to the polls in January, but no delegates were awarded because of national party penalties for their early primary dates. None of the major presidential candidates campaigned in either swing state, and Obama did not appear on the ballot in Michigan. Hillary Clinton won both contests.

Obama will head to Macomb County, Michigan on Tuesday night and make two stops in the state the following day. He will also spend three days in Florida beginning on May 21, with planned campaign stops in Miami, Tampa, Orlando and Palm Beach County. 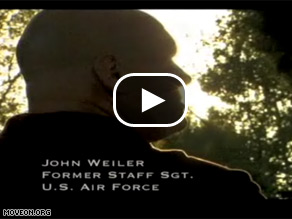 (CNN)— MoveOn.org unveiled the winner of its pro-Barack Obama ad contest Monday, emphasizing the Illinois senator’s message that he can garner support across party lines.

In total, more than 5.5 million votes were cast online. Matt Damon, Ben Affleck, Oliver Stone, and John Legend were among the celebrity panel helping average citizens to choose one winning ad out of more than 1,100 submissions.

The ad is set to air on national cable and network television in the fall battleground states of Ohio, Wisconsin, and Colorado, going hand in hand with the Obama campaign’s recent shift towards a general election focus.

MoveOn.org formally endorsed Obama's candidacy in February, and says it will spend $200,000 to air “Obamacan,” even though the Illinois senator has not yet been chosen as the Democratic nominee.