Cafferty: What should Hillary Clinton do next? 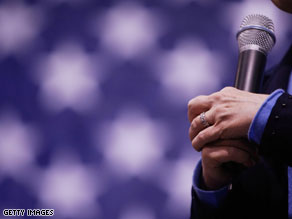 Hillary Clinton "was a good senator before, and she can be a great senator in the future."

Those are the words of Obama supporter and Massachusetts senator Ted Kennedy. He tells The Washington Post Clinton will need to decide what to do after the campaign since it is now a foregone conclusion she is not going to be the nominee.

Kennedy would know a thing or two about this. After losing the primary battle to Jimmy Carter in 1980, Kennedy returned to the Senate and resumed his career as a lawmaker, authoring landmark bills on issues like health care and education. Many Democrats think that's the path Clinton should follow to reshape her political career...