McCain, Bush appear together for a minute 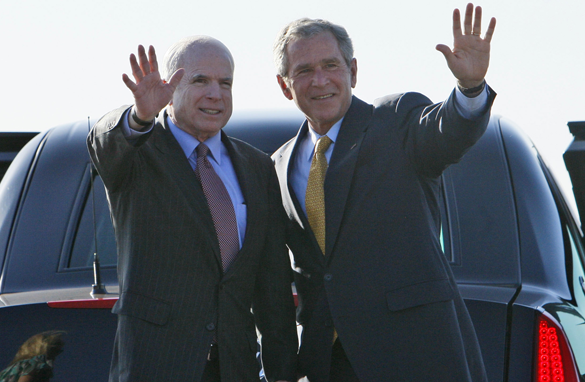 (CNN) - John McCain was joined by President Bush at a fundraiser in Phoenix Tuesday night, but the two only appeared together in public for a moment on the airport tarmac.