CNN Poll: McCain and Obama locked in a dead heat 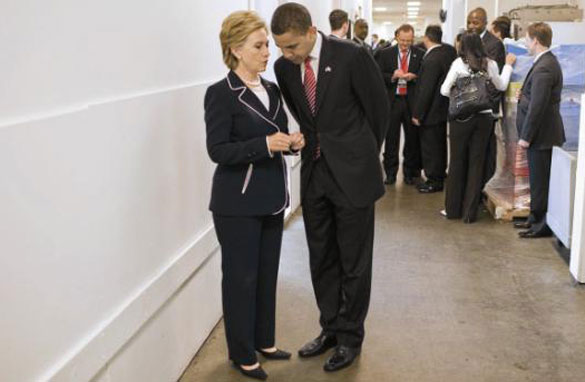 WASHINGTON (CNN) - The general election season opens with a neck-and-neck race between Barack Obama and John McCain, with more than one in five voters admitting that they might change their minds between now and November.

In the CNN/Opinion Research Corporation poll conducted entirely after Obama became the presumptive Democratic nominee, he leads his Republican counterpart 49 to 46 percent among registered voters - a statistical tie, given the question’s 3 point margin of error.

The poll is the first conducted entirely after Obama became the presumptive Democratic nominee.

But at this point, it looks unlikely either will play a spoiler role: the margin between Obama and McCain is virtually unchanged, with the Illinois senator leading 47 to 43 percent. Nader pulls in 6 percent, and Barr 2.

What would Hillary Clinton bring to a Democratic ticket? Answer: about three percentage points.

A hypothetical Obama/Clinton ticket would currently get 52 percent, compared to 46 percent for a hypothetical McCain/Romney ticket. And if she's not on the ticket? Sixty percent of her Democratic supporters would vote for Obama, 17 percent would vote for McCain, and 22 percent say they would stay at home in November and not vote for anyone.

“That's just one estimate of the ‘Clinton factor’ and it may not be an accurate predictor since it piles several hypotheticals on top of each other and asks people to guess their state of mind five months from now,” said CNN Polling Director Keating Holland. “Nonetheless, it does indicate that unmotivated Clinton supporters may be a bigger risk to Obama than defections from the Clinton camp to McCain.”

The results are based on interviews with 1,035 adult Americans, including 921 registered voters, conducted by telephone on June 4-5.