Scenes from the Trail: Edwardses come out for Obama

John and Elizabeth Edwards made an appearance at Sen. Obama's speech in North Carolina Monday.

[cnn-photo-caption image= http://i.cdn.turner.com/cnn/2008/images/06/05/art.obamamc.gi.jpg caption="Both the Obama and McCain campaigns see Virginia as a battleground."]
WASHINGTON (CNN) - The Democratic National Committee e-mailed a memo to national reporters Monday outlining why the state of Virginia and its 13 electoral votes could fall into Democratic hands in November, a sign that both the party and the campaign of Barack Obama genuinely believe they can turn the state blue for the first time since 1964.

The memo, written by the Democratic Party of Virginia, comes on the same day John McCain holds a series of fundraisers in central and northern Virginia, and a week after Obama chose the state to kick off his general election campaign.

"John McCain travels to northern Virginia today, a region of the state where the population growth and shift in voting trends have changed the landscape statewide in favor of Democrats in recent years, putting the Commonwealth into play for the presidential election," the memo argues.

"The nation's eyes will be on Virginia this election season as the Commonwealth sits poised to support a Democrat for President for the first time in 44 years," it reads.

END_OF_DOCUMENT_TOKEN_TO_BE_REPLACED

NEW YORK (CNNMoney.com) - On the first day of what is to be a two-week economic tour around the country, Barack Obama said Monday he thinks lawmakers need to inject another $50 billion immediately into the sluggish U.S. economy.

The presumptive Democratic presidential nominee cited the largest monthly increase in the unemployment rate in over 20 years, and record highs in oil prices, food prices and foreclosures.

"Such relief can't wait until the next president takes office. ... That's why I've called for another round of fiscal stimulus, an immediate $50 billion to help those who've been hit hardest by this economic downturn," Obama told a crowd in Raleigh, NC.

He said specifically that he supports expanding and extending unemployment benefits, as well as a second round of tax rebate checks.

WASHINGTON (CNN) – Sen. Hillary Clinton was able to continue her presidential run until the end of the primary season in large part because of generous creditors who allowed her to postpone repayment of her debts, according to the Center for Responsive Politics.

Some have been sympathetic to Clinton’s plight; others have grabbed headlines by eventually pressing for repayment.

Citing campaign finance reports, CRP estimates that the Clinton campaign owed $9.5 million to various vendors as of the end of April. Obama owed $2 million, but as the winner of the Democratic nomination, he may not have as much trouble fundraising to cover those debts.

Employees of the same firms have also been donating their own money to presidential campaigns, according to the CRP assessment.

END_OF_DOCUMENT_TOKEN_TO_BE_REPLACED

One aide described the meetings as a chance for the Obama campaign "to show respect for party leaders and ask advice." This aide downplayed the significance of the meetings, noting there have been similar consultations in previous elections.

[cnn-photo-caption image= http://i.cdn.turner.com/cnn/2008/images/06/09/art.davisvideo.cnn.jpg caption="A new McCain strategy video stressing the Republican’s strong position heading into the fall."] WASHINGTON (CNN) - McCain campaign manager Rick Davis posted a 14-minute “strategy briefing” on the presumptive Republican nominee’s official Web site over the weekend that concedes the GOP faces one of the most unwelcoming election environments in history - but claims that John McCain is still in a strong position, due in part to a strategy of appealing to areas dominated by Hillary Clinton during the primary season.

Top on the campaign’s list of targets: southwestern Pennsylvania and southeastern Ohio, which backed Clinton over Barack Obama by hefty double-digit margins. Clinton won both contests.

Davis says that McCain will be able to compete with Obama in major Midwestern states like Michigan and Wisconsin – and that McCain’s association with Democrat-turned-Independent Sen. Joe Lieberman will put Connecticut in play. He also tells observers to “Watch California!”

McCain’s personal favorability ratings are "the highest for any official running for office today," claims Davis – and far surpass Obama’s.

END_OF_DOCUMENT_TOKEN_TO_BE_REPLACED 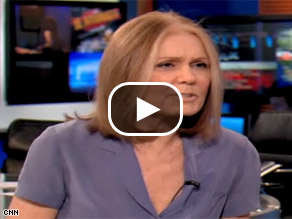 Steinem also has some advice for Sen. Barack Obama now that Clinton has left the race and the Illinois senator has assumed the mantle of presumptive Democratic nominee.

Can Bush show Europe he is still president?

[cnn-photo-caption image= http://i2.cdn.turner.com/cnn/2008/POLITICS/06/09/bushtrip.analysis/art.bush.ap.jpg caption="President Bush holds a press conference before leaving for Europe."]
LONDON, England (CNN) - It is always a tricky time for the White House incumbent as the race to be the next occupant of the White House hots up. Steadily he becomes a man in office, not in power. His strength ebbs away daily as key players delay their decisions pending the outcome of the succession contest.

For President George W Bush it is worse than most. A stumbling US economy and alarm at soaring world oil and food prices have compounded the unpopularity of a messy war in Iraq.

But with the aid of Air Force One, lame ducks can still fly. Travel doesn't just broaden the mind, it can reassure a waning president that his office still counts. So Bush has turned his duty visit for the annual EU/US Summit into what looks like the George Bush Farewell Tour to Europe.

The trip starts in Slovenia. The first of the breakaway states from the former Yugoslavia hosts the EU/US event because it happens to be holding the six-month rotating presidency of the EU, the first of the ex-Communist countries who joined in 2004 to do so.

Though he once greeted its leader on a visit to Washington as the Prime Minister of nearby Slovakia, Bush will probably remember Slovenia as the country where he first met Vladimir Putin, declaring: "I looked the man in the eye. I was able to get a sense of his soul...I found him to be very straightforward and trustworthy."

Seventy-eight percent of those questioned in a new CNN/Opinion Research Corporation survey out Monday morning rate the economic conditions as poor. That’s up from 75 percent in March.

Only 22 percent rate the economic conditions in the country as good. That’s down from 25 percent in March and 54 percent in September.

But it appears Americans are optimistic. Fifty-two percent said economic conditions a year from now would be good, with 46 percent saying they would be poor.

The economy continues to be issue number one for Americans, with 42 percent saying it is the most important issue in their vote for president, far ahead of the war in Iraq in second place.

The CNN/Opinion Research Corporation survey was taken June 4-5, with 1,035 adult Americans questioned by telephone. The poll’s sampling error is plus or minus 3 percentage points.

CNN: Clinton's new job: Persuading diehard fans to back Obama
With Sen. Hillary Clinton's presidential campaign officially over, she is focusing on making sure her supporters back Sen. Barack Obama's bid.

WSJ: Voters Rank Economy As Election's No. 1 Issue
With drivers paying an average of $4 a gallon for gas for the first time and the U.S. posting a fifth straight month of job declines, the economy is at the forefront of the presidential race.

New York Sun: Top Talent Scout for Obama Tied to Subprime Lender; Could Become a Political Liability
Long-standing ties between a member of Senator Obama's new vice presidential search team and a prominent mortgage executive the senator has pilloried could become a political liability that hampers the presumptive Democratic presidential nominee's ability to tap into public ire over the subprime mortgage crisis.