[cnn-photo-caption image= http://i.cdn.turner.com/cnn/2008/images/06/21/art.obamamayors.ap.jpg caption="Sen. Obama praises the nation's mayors on Saturday in Miami, Florida."]
(CNN)- Sen. Barack Obama took his campaign to Miami, Florida, on Saturday with a message to the nation's mayors: I'll be your ally in Washington, but Sen. John McCain will not.

Speaking to the U.S. Conference of Mayors in Miami, the presumptive Democratic presidential candidate praised McCain's service to the country, but chastised him for not "proposing a strategy for American cities" hit hard by tough economic times.

"Because while Sen. McCain is a true patriot ... he won't be that partner,” Obama said. “His priorities are very different from yours and mine ... he isn't proposing a strategy for America's cities. Instead, he's calling for nearly $2 trillion in tax breaks for big corporations and the wealthiest Americans."
Obama also discussed McCain's trip to Iowa this week to see firsthand the effects of devastating flooding.

"Both Sen. McCain and I have traveled recently to the areas that have been devastated by floods. And I know that Sen. McCain felt as strongly as I did, feeling enormous sympathy for the victims of the recent flooding ... And I'm sure they appreciated the sentiment, but they probably would have appreciated it even more if Sen. McCain hadn't opposed legislation to fund levees and flood control programs, which he considers pork."

Shortly after Obama's speech, the McCain campaign lashed out, saying the Illinois senator opposed and even voted against a bipartisan effort in the Senate by McCain, Sens. Russ Feingold, D-Wisconsin, and Claire McCaskill, D-Missouri, to assure levees were fixed first.

"It is beyond the pale that Barack Obama would attack John McCain for actually trying to fix the problem and change the way Washington works. Barack Obama's willingness to continue the status quo pork-barrel politics in Washington, and then engage in political attacks that entirely disregard the facts, once again fundamentally shows that he's nothing more than a typical politician," said McCain spokesman Tucker Bounds in a press release.

At issue is the 2007 Water Resources Development Act, a $23 billion bill that funded levee and flood control programs along with dozens of other projects across the country, including Everglades and other habitat restoration, emergency water supply storage, lock and dam security and water
quality improvement.

The bill passed Congress, with Obama in favor and McCain opposed, although neither took part in the final vote. The measure was vetoed by President Bush as too expensive, but that veto was overridden, a first for the president. Neither McCain nor Obama participated in the overide vote. The
Senate votes were 91-4 for the first vote and 79-14 for the override.

During the initial debate on the bill in the Senate, Obama voted against an amendment, sponsored by Feingold and co-sponsored by McCain and others, that would have established a commission to prioritize water projects with flood control at the top of the list. Thirty-five Republicans joined 34 Democrats in rejecting the amendment. Although he was a co-sponsor, McCain did not vote on
the amendment. McCaskill, who was not a co-sponsor, voted in favor of it.

The Senator from Illinois is scheduled to hold a campaign event in Albuquerque on Monday and Las Vegas on Tuesday. CNN considers Nevada a battleground or swing state as both parties think they can win Nevada in the general election. President Bush carried Nevada in 2004, but by only two points over John Kerry.

CNN considers New Mexico a state that leans Republican, but the Obama campaign has the state in its sights. President Bush won New Mexico four years ago as well, but by only one percent, and New Mexico Governor Bill Richardson is a major Obama supporter.

But geography may also comes into play. Arizona borders both states and is the home state of Obama’s rival, Sen. John McCain.

The presumptive GOP presidential nominee will also be in the west next week. He starts his week with fundraisers and campaign events in California. 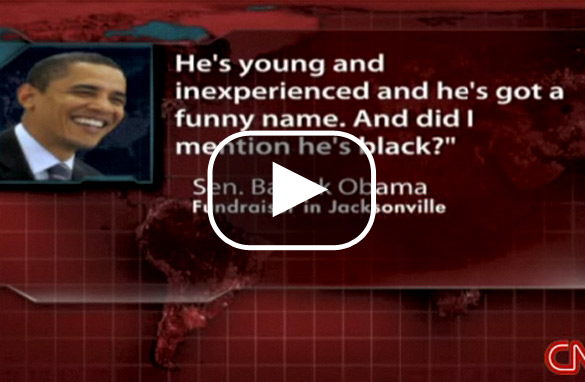