[cnn-photo-caption image= http://i.cdn.turner.com/cnn/2008/images/06/26/art.clintonnal.ap.jpg caption="Clinton made her debut as an Obama backer Thursday."](CNN) - After 17 months of vigorously promoting her own candidacy, Hillary Clinton made her debut on Thursday as an official backer of Barack Obama.

Clinton appeared before the National Association of Latino Elected and Appointed Officials meeting in Washington and forcefully argued the Illinois senator would be a strong advocate of the Latino community if he is elected president.

Earlier, she told the American Nurses Association that “Anyone who voted for me has little in common with the Republican Party.”

Clinton formally backed her onetime rival nearly three weeks ago, but Thursday's appearances were the first time that the New York senator has advocated for Obama's candidacy publicly in front of voters.

"I know Senator Obama. I have served with him now for nearly four years in the Senate. I campaigned with him for more than 16 months on the campaign trail. I have stood on the stage in 22 debates, but who is counting," Clinton said to laughter.

END_OF_DOCUMENT_TOKEN_TO_BE_REPLACED

[cnn-photo-caption image= http://i.l.cnn.net/cnn/2008/images/01/23/art.cepd.cnn.jpg caption="CNN=Politics Daily is The Best Political Podcast from The Best Political Team."]
(CNN) — For the first time, the U.S. Supreme Court has explicitly defined the Second Amendment right to bear arms as an individual right.

In the latest episode of CNN=Politics Daily, Jessica Yellin reports on the delicate dance Sen. Barack Obama is doing in the wake of the court’s gun ruling.

Senior Political Analyst Bill Schneider takes a look at how the ruling may hurt Democrats in November.

Brian Todd explains the impact that the next president could have on the shape of the nation's highest court.

John McCain held a closed-door meeting with conservatives in Cincinnati Thursday. Dana Bash reports on what happened and why it is so important that McCain wins over social conservatives in Ohio.

After battling it out for 17 months, now it’s all about unity for Obama and Sen. Hillary Clinton. Senior Political Correspondent Candy Crowley explains what’s at stake for Clinton as she transitions from competitor to supporter of Obama, the Democrats' new standard bearer. 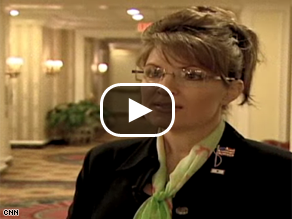 “In so many ways―on jobs, health care, gas prices and the war in Iraq―our country is headed in the wrong direction,” AFL-CIO President John Sweeney said in a statement announcing the endorsement. “Barack Obama has proven from his days as an organizer, to his time in the Senate and his historic run for the presidency, that he’s leading the fight to turn around America."

The endorsement is expected to help rally support around the presumptive Democratic nominee in the critical swing states of Ohio, Pennsylvania, Michigan, Wisconsin and Minnesota where union voters make up between 25 and 35 percent of the total vote.

END_OF_DOCUMENT_TOKEN_TO_BE_REPLACED

The latest case involves the right to own a handgun in the District of Columbia. In this case, Kennedy went with the conservatives, including Chief Justice John Roberts, Antonin Scalia, Samuel Alito, and Clarence Thomas. The majority concluded that the D.C. law violated the Second Amendment to the Constitution – the right to bear arms.

But Kennedy sided with the liberals in two other major 5-4 decisions, including Wednesday’s ruling that the death penalty could not apply to child rape victims. Last week, he sided with his liberal colleagues, Ruth Ginsburg, Stephen Breyer, David Souter, and John Paul Stevens in concluding that terror suspects at the Guantanamo Bay detention center have certain legal rights to stand trial.

All of which once again underscores the fragile balance of the court and the fact that the next president probably will have an impressive opportunity to change that balance for the next 20 or 30 years.

This will be a major issue in the election for lots of Democrats and Republicans. The ramifications on a whole host of issues, not just abortion rights for women, are enormous.

Polls: Obama up in 4 battleground states

A new Quinnipiac University/Wall Street Journal/Washingtonpost.com survey put Obama up significantly over the Arizona senator in Minnesota - 54-37 percent – and Wisconsin - 52-39 percent. His lead is smaller in Colorado - 49-44 percent - and Michigan - 48-42 percent.

This comes on the heels of another Quinnipiac poll last week that had Obama leading in the key swing states of Ohio, Pennsylvania and Florida.

In a briefing on Wednesday, Obama campaign manager David Plouffe explained the campaign's strategy to reach the 270 electoral votes needed to win the presidency. The campaign is counting on winning the 20 states John Kerry won in 2004, looking to add Iowa, and then setting their sights on several others. Among those: the four states included in Thursday's poll.

Plouffe said Michigan is one of the most competitive states, attributing its competitiveness to the fact that Obama didn't campaign or run ads there in the primary. He claimed they are "very strong" in Colorado and "very competitive" in Wisconsin and Minnesota.

The poll surveyed between 1,300 and 1,600 likely voters from June 17-24 with margins of error of plus or minus 2.5 percent for Minnesota and Wisconsin, 2.6 percent for Michigan and 2.7 percent for Colorado.

The latest CNN national poll of polls has Obama up 48-40 over McCain among registered voters nationwide.

The Politico reports that McCain has held only one public campaign event on a weekend since wrapping up the Republican nomination in February, more than 4 months ago.

McCain aides say he uses time on the weekends to return to Arizona so he can rest, work on policy and meet with aides. McCain has also hosted reporters and donors over the weekends, appeared on Saturday Night Live and visited troops in Iraq and at Walter Reed. His advisers say McCain will campaign on weekends for a lot of the summer, including a speech in Washington and a fundraiser in Kentucky both on Saturday.

Nevertheless it's a topic that raises some eyebrows, particularly because of McCain's age.

[cnn-photo-caption image= http://i.cdn.turner.com/cnn/2008/images/06/26/art.sc.ap.jpg caption="McCain and Obama have reacted to the Supreme Court ruling."] (CNN) - Sen. John McCain said Thursday he was “very pleased” with the Supreme Court’s decision to strike down Washington’s ban on handguns.

“Today's decision is a landmark victory for Second Amendment freedom in the United States. For this first time in the history of our Republic, the U.S. Supreme Court affirmed that the Second Amendment right to keep and bear arms was and is an individual right as intended by our Founding Fathers,” he said in a statement.

“I applaud this decision as well as the overturning of the District of Columbia's ban on handguns and limitations on the ability to use firearms for self-defense.”

In focus: America's relationship with guns

In his statement, McCain criticized Barack Obama for not joining him signing a “friend of the court” amicus brief against the law.

“Unlike the elitist view that believes Americans cling to guns out of bitterness, today's ruling recognizes that gun ownership is a fundamental right - sacred, just as the right to free speech and assembly,” the statement said.

McCain was referring to remarks Obama made in April when he said that some small-town Pennsylvanians as "bitter" people who "cling to guns and religion." Obama said he worded the comments poorly and said he was referring to how some voters focus on social issues instead of economic ones because they don't believe any politician will help them financially.

In response to the Supreme Court ruling, Obama said, “I have always believed that the Second Amendment protects the right of individuals to bear arms, but I also identify with the need for crime-ravaged communities to save their children from the violence that plagues our streets through common-sense, effective safety measures.”

END_OF_DOCUMENT_TOKEN_TO_BE_REPLACED 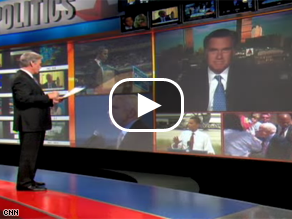 [cnn-photo-caption image= http://i.cdn.turner.com/cnn/2008/images/06/26/art.rendell.gi.jpg caption=" Rendell says it may be time for Bill Clinton to move on."](CNN) - Pennsylvania Gov. Ed Rendell, a longtime backer of both Bill and Hillary Clinton, said Thursday it's time for the former president to move on if he is still upset about his wife's loss to Barack Obama in the prolonged Democratic primary.

Rendell, whose ardent support of Clinton proved critical in her decisive Pennsylvania win in April, said he's not sure if Bill Clinton is still upset with the ultimate result, but made clear he thinks it’s time for the former president to rally behind the party's presumptive presidential nominee.

"Bill's my friend. If that is true the way he feels, he's got to shake it off, get over it, get back in the game and help elect Senator Obama," Rendell said on MSNBC.

"Like everybody else, [he] has to listen to Hillary," Rendell also said. "And Hillary said it best - there's no sense in looking back and wasting any energy."

The former president has come under criticism for remaining conspicuously silent with regards to his support of Obama, even more than two weeks after his wife formally ended her campaign bid. Bill Clinton's office finally released a short statement earlier this week saying the former president is "is obviously committed to doing whatever he can and is asked to do to ensure Senator Obama is the next president of the United States."

But the former president, who was at times sharply critical of Obama during the campaign season, has yet to make any public declaration of support - which has fueled speculation he remains upset with the primary result. Bill Clinton, according to some reports, is specifically upset with Obama's criticisms of his administration over the course of the campaign and the media's treatment of his wife.

But Obama said earlier this week he is confident both Clintons will be enthusiastic supporters as the general election campaign heats up.

“They’re going to want to campaign actively on behalf of the Democratic ticket,” he told CNN earlier this week. “I am going to need them.”