WASHINGTON (CNN) - John McCain has been taking most weekends off since effectively securing the Republican nomination, but the Arizona senator has a busy weekend, including a speech to a Latino conference where he was heckled several times.

McCain spent the morning speaking at the annual conference of NALEO, National Association of Latino Elected and Appointed Officials. Sen. Barack Obama is scheduled to speak at the event after McCain.

Three hecklers from the anti-war group, Code Pink, disrupted McCain's speech at separate times and were later escorted from the room.

According to the group, Phoenix resident Liz Hourican, holding a camera aimed at the candidate, stood up when McCain said "I represent Arizona..."

McCain, laughing off the disruption, joked, "that's a long trip out," adding: "I'm sure you've seen the polls out now about trust and confidence in our government, and the one thing the American people want us to stop doing is yelling at each other."

"Your silence is consent to war crimes! War criminal!" one said. Another heckler carried a pink banner that read "McCain=Guerra" — or "McCain=War."

END_OF_DOCUMENT_TOKEN_TO_BE_REPLACED

Obama plans trip to Europe and the Middle East

The senator from Illinois and presumptive Democratic presidential nominee will visit France, Germany, Israel, Jordan and Britain, his campaign says.

"This trip will be an important opportunity for me to assess the situation in countries that are critical to American national security, and to consult with some of our closest friends and allies about the common challenges we face," said Obama, in a statement released by his campaign.

"This will be an important opportunity to have an exchange of views with leaders in these countries about these and other issues that are critical to American national security - and global security - in the 21st century," he added.

Obama also intends to visit Iraq and Afghanistan this summer, he said in a phone interview with Radio Iowa. His campaign said no details would be announced in order to maintain "the highest levels of security."

But, he told Radio Iowa, "In Iraq, my goal is to talk to the Iraqi leadership about making political progress so that we can start phasing down our troops in Iraq, and obviously I want to congratulate the troops for the extraordinary work they've done in reducing violence there."

And, "in Afghanistan the situation, unfortunately, has not been improving," Obama told Radio Iowa. "On many measures, things have been getting a little bit worse so the key is to talk to our commanders on the ground and find out, what do we need to do to strengthen our efforts there? Our troops have performed magnificently, but we don't probably have enough troops there, and we've got to do a better job on the reconstruction side to build the infrastructure that's needed in that country to consolidate long-term gains."

END_OF_DOCUMENT_TOKEN_TO_BE_REPLACED

WASHINGTON (CNN) - Presumptive Democratic nominee Barack Obama made a private, last-minute stop at Walter Reed Army Medical Center Saturday morning where he presumably visited with wounded veterans, though campaign aides both on and off site would not confirm, and a press pool was not allowed in the facility.

While the Illinois senator was inside, Obama's campaign simultaneously announced he would be making trips to both the Middle East and to Europe shortly this summer.

[cnn-photo-caption image= http://i2.cdn.turner.com/cnn/2008/POLITICS/06/27/mccain.democrats/art.mccaingm.ap.jpg caption="Sen. John McCain holds a town-hall meeting in Lordstown, Ohio."]
WASHINGTON (CNN) – Sen. John McCain is aiming to persuade Sen. Hillary Clinton supporters to forget about party unity and side with him instead during a campaign stop in the swing state of Ohio.

At first glance at a General Motors auto plant in Lordstown, Ohio, on Friday, McCain's push for fuel-efficient cars was not just about the cars, it was about the workers - blue-collar voters.

They are the kind of voters who Clinton won in the Democratic primary and who McCain wants badly.

"The brunt of this incredible increase in oil is being borne by the lowest-income Americans. And that's not fair," McCain said.

In fact, Clinton came to the same plant before she beat Obama in Ohio, with the same message McCain is using against him now: empty words.

"Speeches don't fill up your tank or fill your prescription or do anything about that stack of bills that keeps you up at night," Clinton said in February.

On Friday, McCain told the audience that he thinks "we are able to attract some of Sen. Clinton's supporters, not so much because of any reason that they think that I may serve America best."

McCain advisers say that if they have any chance at winning battleground states like Ohio and Pennsylvania, they need to lure Clinton supporters. 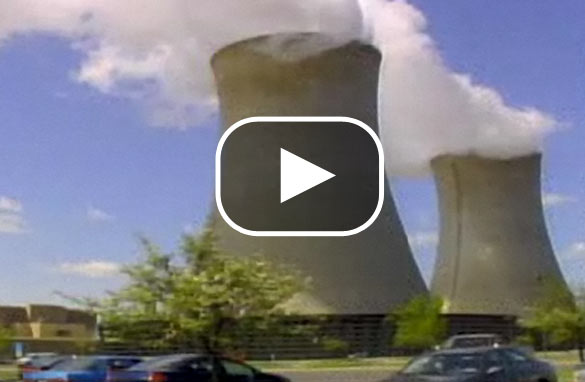