In the latest installment of CNN = Politics Daily, Dana Bash reports on the briefing McCain received before the military operation began and what it might say about McCain's standing on the international stage.

Sen. Barack Obama prided himself on being the only major presidential candidate who opposed the Iraq war from its beginning. What will Obama do now that the Bush administration's surge strategy appears to be working? CNN’s Jessica Yellin takes a look.

Meanwhile, the McCain camp had a personnel change in its top ranks Wednesday. Dana Bash explains why some Republicans felt the change was necessary.

Obama's online campaigning has become one of his trademarks since the beginning of his presidential bid. But, now some of his supporters are using the Obama camp's own Web site to organize a movement against the Illinois senator. Abbi Tatton reports on the online community of Obama supporters who are banding together against his support for the new foreign surveillance bill.

Finally, Sen. Obama is refuting claims that the mortgage on his Chicago home was a sweat-heart deal. Brian Todd has the details.

It appears Tuesday's pool report - widely reported by several media outlets, including CNN - that Obama refused to bump fists with a child in Ohio was incorrect.

A review of the tape shows the child was instead asking Obama to sign his hand, but the presumptive Democratic nominee declined.

"Mom might not be happy when she comes home," Obama said. "She'll be like, 'What is the dirt on your hand?'

ON BOARD THE MCCAIN CAMPAIGN PLANE, En route to Mexico City (CNN) - After a scheduled meeting between John McCain and Colombian President Alvaro Uribe Tuesday, the presumptive Republican nominee was briefed on the upcoming hostage rescue raid carried out Wednesday.

As he left Colombia Wednesday afternoon, McCain learned that raid had been successfully completed, and congratulated Uribe by phone.

Senators Joe Lieberman and Lindsey Graham, both traveling with McCain, were also briefed. Lieberman said McCain's advance knowledge of the raid signals a vote of confidence by foreign leaders.

END_OF_DOCUMENT_TOKEN_TO_BE_REPLACED

Amid concern, shakeup at McCain campaign

[cnn-photo-caption image= http://i2.cdn.turner.com/cnn/2008/images/07/02/art.schmidt.ap.jpg caption="Schmidt is taking over day-to-day operations in the McCain campaign."](CNN) - John McCain’s campaign announced a shakeup at the top Wednesday, in the wake of growing Republican concern about its ability to compete against Barack Obama.

Campaign Manager Rick Davis said Tuesday morning that senior adviser Steve Schmidt would take over day-to-day operations of the campaign. The Bush campaign veteran will report to Davis, but the rest of the campaign will report to Schmidt, who will be in charge of everything from message and communications, to the political structure and organization to scheduling. 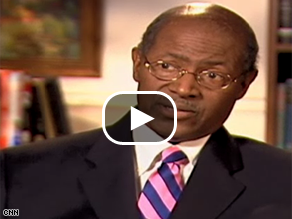 END_OF_DOCUMENT_TOKEN_TO_BE_REPLACED

CNN is told the first buy is in the ballpark of $3 million, and the subject of the ad will be “energy security.”

Parties are allowed by law to set up an independent expenditure campaign as long as it operates independently and does not coordinate on content or strategy with the party.

“Following Barack Obama's decision to become the only major party presidential candidate in history to not adhere to campaign spending caps, the Republican National Committee has begun an independent expenditure campaign in accordance with FEC regulations," Brad Todd, a consultant to the RNC's independent expenditure unit said in a statement. "The RNC will first advertise this weekend in Michigan, Ohio, Pennsylvania, and Wisconsin, highlighting the issue of energy security, which is emerging as a defining difference in the race for president."

Cafferty: How should McCain deal with Bush’s negatives?

Many Americans are worried that a John McCain presidency would be just like another term of George Bush.

Two thirds of Americans are concerned that McCain would pursue policies too similar to President Bush according to a new USA Today/Gallup poll. 49 percent say they are "very concerned."

This creates a real dilemma for McCain. The conservative Republican base is less than thrilled with McCain as the GOP nominee. And that's where the few remaining people who think President Bush is doing a good job reside.

McCain can't separate himself too much from Mr. Bush or conservative Republicans will tell him to take a hike. But if he doesn't separate from Bush, he's going to have trouble attracting those voters who think President Bush is the worst thing to happen to this country in a good long while. And there are lots of those.

A new Wall Street Journal-NBC News poll focuses on President Bush's disapproval rating and the unprecedented role it could play in the campaign. None of this is good news for McCain.

According to the new poll, 51 percent of registered voters report a favorable view of the presumptive Democratic presidential nominee's wife while 28 percent hold an unfavorable view. Just over 21 percent did not express an opinion.

Meanwhile, 39 percent of registered voters hold a favorable view of John McCain's wife, Cindy, while 23 percent report an unfavorable rating. The poll also shows she is considerably less known than Mrs. Obama - nearly 40 percnet report having no opinion of her.

The poll, conducted on June 26-29, surveyed 906 registered voters and carries a margin of error of plus or minus 3.5 percentage points.

iReport: Will candidates' wives influence your vote? Share your thoughts at iReport.com

According to a new poll from Quinnipiac University, Barack Obama is leading McCain in the state by more than 20 points, 56 percent to 35 percent. Much of that lead stems from the Illinois senator's 16 point advantage among independent voters in the state. He also pulls in 16 percent of Republicans there.

Connecticut has long tilted Democratic in presidential elections, and recent Republican White House hopefuls have often spent few resources there. It voted for John Kerry in 2004 by a margin of 10 points, and for Al Gore in 2000 by a 16 point margin. CNN considers the state's seven electoral votes safely in Obama's column.

The poll also provides further evidence that Lieberman, who bucked his former party late last year by endorsing McCain, holds little sway with voters in his home state when it comes to the presidential election. Even if McCain chose Lieberman as his No. 2, a prospect that most political observers agree is highly unlikely, only 14 percent of Connecticut voters said they would be more likely to vote for the Republican ticket.

Lieberman also appears to be hurting his own approval rating in Connecticut as he increasingly becomes one of McCain's most visible surrogates on the campaign trail.

In a Quinnipiac poll released earlier this week, the Connecticut senator's job approval rating stood at 45 percent, the first time his it has dipped below the 50 percent line in that survey. Sixty-two percent of Connecticut Democrats now hold a negative view of their party’s Democratic vice presidential candidate.

Change of plans for July 4 – gas too pricey

[cnn-photo-caption image= http://i2.cdn.turner.com/cnn/2008/images/07/02/art.fireworks.gi.jpg caption="A new poll suggests Americans are staying home this July 4. "]NEW YORK (CNNMoney.com) - Many Americans will watch fireworks at home instead of hitting the road this July 4, according to a new poll released Wednesday, as record gasoline prices force people to make major changes in their daily lives.

According to a CNN/Opinion Research poll, 31% of Americans have canceled or shortened their planned holiday weekend vacation because of the recent increase in the price of gas.

"When consumers talk about their thinning wallets, high fuel expenses is the reason they would point to first," said Wachovia economist Tim Quinlan.

The average price of a gallon of gas rose to an all-time high above $4.09 a gallon Wednesday, according to a survey from motorist group AAA. Gas prices are now about 3% higher than last month and 38.5% higher than year-ago levels.