[cnn-photo-caption image= http://i2.cdn.turner.com/cnn/2008/images/07/26/art.obamacameron.getty.jpg caption="Sen. Barack Obama listens to British Tory Leader David Cameron Saturday in London. "]
LONDON (CNN) – It is no secret that Sen. Barack Obama’s whirlwind tour of the Middle East and Europe has left him, and everyone staffing and covering him, absolutely exhausted.

Earlier today, while meeting with Conservative Party Leader David Cameron, the pool camera microphone picked up some light banter between the two men about Obama’s current state of fatigue.

Cameron told the candidate, "You should be on the beach...you need a break. Well you need to be able to keep your head together."

Obama told Cameron he would try to take a week of in August. And he said he got advice from a Clinton White House veteran on how to handle the demands on his time.

Obama said, "Somebody who had worked in the White House who-not Clinton himself- but somebody who had been close to the process, said that should we be successful that actually the most important thing you need to do is to have big chunks of time during the day when all you're doing is thinking and the biggest mistake that a lot of these folks make is just feeling as if you have to be..."

Cameron interjected, "these guys just chalk your diary up."

END_OF_DOCUMENT_TOKEN_TO_BE_REPLACED

As many as 75 people are expected to attend a barbeque.

CNN's Dana Bash reported earlier this week that attendees would receive meetings and briefings from staff, including campaign manager Rick Davis, Saturday morning at a nearby Sedona resort where most will stay.

McCain often uses his creek-side cabin to hold intimate political events in a relaxed setting. He told reporters he hosted there this spring that making ribs on his large grill is one of his only means of relaxation. 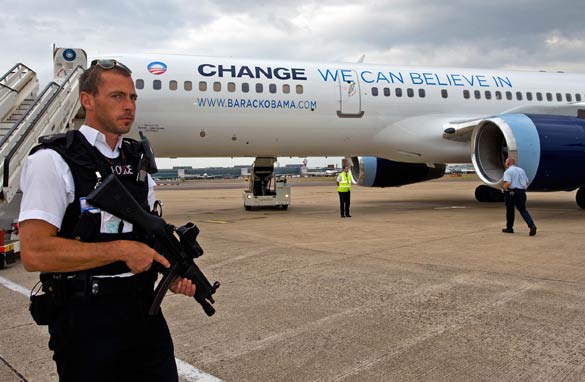 LONDON, England (CNN) - Presumptive Democratic presidential nominee Barack Obama headed back to the United States Saturday night, bringing to an end his eight-day trip to the Middle East and Europe.

The senator told reporters just before takeoff that he intended to sleep the entire way home on the nearly eight-hour flight.

WASHINGTON - Barack Obama's electoral rival is John McCain, but Obama's overseas trip this week has given heartburn to another Republican - President Bush.

In stop after stop across the Middle East and Europe, Obama was embraced as the man whose promise of change meant a change from Bush: on Iraq, Mideast peace, the treatment of terrorism suspects, climate change, alliance relations and more.

The tour has brought into focus how world leaders already are positioning themselves for a new American president.

Obama's debut appearance on the international stage was the most vivid demonstration yet that the world is moving beyond the Bush era, even while the White House works frantically in its last six months to salvage what it can of its foreign policy agenda.

Obama: Tour may hurt me at home

[cnn-photo-caption image= http://i2.cdn.turner.com/cnn/2008/POLITICS/07/26/obama.london/art.obama.uk.ap.jpg caption="Sen. Barack Obama leaves 10 Downing Street Saturday."]
LONDON (CNN) - Sen. Barack Obama conceded to reporters that his stint off the American campaign trail may hurt him a bit with voters but felt the trip was vital to giving a “sense of where an Obama administration might take” U.S. foreign policy.

“I am not sure that there is going to be some immediate political impact. I wouldn’t even be surprised if that in some polls that you saw a little bit of a dip as a consequence, we have been out of the country for a week," he said. "People are worried about gas prices and home foreclosures. So the reason I thought this trip was important was I am convinced that many of the issues that we face at home are not going to be solved as effectively unless we have strong partners abroad.”

Throughout his eight-country trip Obama sought to distance himself from his battle with Sen. John McCain and focus on foreign affairs. As he finished his meeting with British Prime Minister Gordon Brown, Obama reengaged in the contest at hand when asked about McCain’s criticism that his time abroad appeared like a “premature victory lap.”

“It is hard for me to understand Sen. McCain’s argument. He was telling me I was supposed to take this trip. He suggested it and thought it was a good idea. But although I have to admit we had it planned before he made the suggestion,” he said.

John McCain has visited every one of these countries post-primary that I have. He has given speeches in Canada, in Colombia, Mexico, he made visits. And so it doesn’t strike me that we have done anything different than the McCain campaign has done which is to recognize that part of the job of the next president, commander in chief is to forge effective relationships with our allies.”

The scene outside Number 10 Downing Street appeared to surprise Obama as he strode out of the door. He had barely reached the microphone before British journalists started throwing questions.

Obama was asked whether he had any “advice” for Prime Minister Brown who is in a bit of political trouble after tremendous losses for the Labour Party in a recent election.
END_OF_DOCUMENT_TOKEN_TO_BE_REPLACED

The two discussed foreign policy issues and the "special relationship" between Britain and America during two hours of talks inside 10 Downing Street, the prime minister's London residence.

The pair made the most of the sunshine by sitting outside on the patio, even taking a stroll toward adjacent St. James's Park - much to the surprise of nearby tourists.

"The prime minister's emphasis, like mine, is on how we can strengthen the transatlantic relationship to solve problems that can't be solved by any single country individually," Obama told reporters outside Downing Street after the meeting.

Those problems, Obama said, include climate change, international terrorism and turmoil in world financial markets. Obama and Brown also discussed cooperation in resolving the problems in the Middle East and burden-sharing in Iraq and Afghanistan.

"It was a spectacular day and I'm glad to be here," Obama said.

Earlier, Obama met with former British Prime Minister Tony Blair, who now serves as the Middle East envoy for the "quartet" of the United States, the European Union, Russia, and the United Nations. 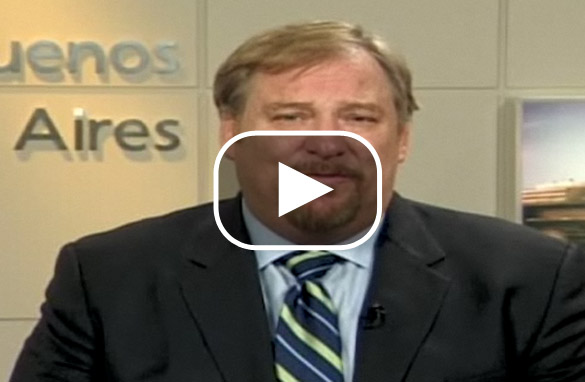