Scenes from the trail: Obama at UNITY '08 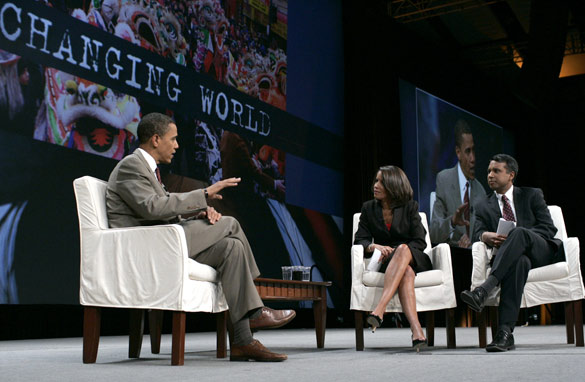 The forum was the Democratic presidential nominee’s first public appearance since he returned from his overseas trip to the Middle East and Europe.