TITUSVILLE, Florida (CNN) –- The last week has left little doubt that the presidential campaign has taken a turn for the negative though John McCain and Barack Obama still insist they respect each other. But would McCain have a role in an Obama administration?

“You're setting me up to get in trouble,” Obama told a Florida supporter who asked him during a townhall meeting if McCain and his stalwart surrogate, Democrat-turned-Independent Sen. Joe Lieberman, would gets jobs in a Democratic White House.

“I would have [McCain] serve in the role of loyal opposition, in the minority,” Obama told the crowd after initially stumbling over a few words, searching for an appropriate answer.

“There's an important function to be served there,” he added, “I mean it's important to have an opposition that is keeping you on your toes and giving you a hard time and calling you out if you're not doing what you say you’re going to do. That's part of what is good about democracy.”

Obama declined to mention whether he sees former Democratic colleague Lieberman as part of the opposition as well.

[cnn-photo-caption image= http://i2.cdn.turner.com/cnn/2008/images/08/02/art.obamacynical.ap.jpg
caption="Sen. Barack Obama speaks in Florida on Saturday."]
CAPE CANAVERAL, Florida (CNN) - Sen. Barack Obama denied Saturday that he is playing the race card against Sen. John McCain following several speeches in Missouri last week in which he said McCain is portraying him as scary and risky because he doesn’t “look like all the presidents on the dollar bills.”

“In no way do I think that John McCain’s campaign was being racist, I think they’re cynical” Obama told CNN during a Saturday morning press conference. “I think they want to distract people from talking about the real issues.”

“Their team is good at creating distractions and engaging in negative attacks and planting doubts about people,” Obama said, noting McCain’s recent comparison of his celebrity to Britney Spears and Paris Hilton and the repeated accusation that the Illinois senator skipped a visit with wounded troops because he couldn’t take the press.

Obama was asked how he could deny playing the race card when at a Jacksonville fundraiser in late June he told donors that during the campaign Republicans would say, “He’s young and inexperienced and he’s got a funny name. And did I mention he’s black?"

“I don’t come out of Central Casting when it comes to presidential races,” Obama explained. “I’m young, I’m new to the national scene, my name is Barack Obama, I am African-American, I was born in Hawaii, I spent time in Indonesia. I do not have the typical biography of a presidential candidate.”

“What that means is that I’m sort of unfamiliar and people are still trying to get a fix on who I am,” Obama continued. “So what I think has been an approach [by] the McCain campaign is to say ‘he’s risky.’”

The McCain camp responded to Obama’s comments with an e-mail to reporters saying they’re moving on from the issue, adding, “The only ‘cynical’ candidate in this election is Barack Obama, who has opposed every element of John McCain’s comprehensive energy plan that includes additional oil drilling, affordable nuclear energy and gas tax relief for hardworking families.”

As for whether he thinks the McCain campaign’s attempts to label him as presumptuous or arrogant will stick, Obama rejected the idea that the perception exists, again accusing his opponents of feeding the storyline to the media.

"If I was presumptuous or taking this for granted, I wouldn't be working this hard this week. I'm beat," Obama laughed.

Obama said Friday that he would be willing to compromise on his position against offshore oil drilling if it were part of a more overarching strategy to lower energy costs.

"My interest is in making sure we've got the kind of comprehensive energy policy that can bring down gas prices," Obama told The Palm Beach Post early into a two-day swing through Florida.

But on Saturday morning, Obama said this "wasn't really a new position."

"I made a general point about the fact that we need to provide the American people some relief and that there has been constructive conversations between Republicans and Democrats in the Senate on this issue so I applaud them on that but I am not ready to sign off on any particular approach or proposal because I think these are very important issues," he said during a press conference in Cape
Canaveral, Florida.

Obama added: "What I will not do, and this has always been my position is to support a plan that suggests this drilling is the answer to our energy problems. If we've got a plan on the table that
I think meets the goals that America has to set and there are some things in there that I don't like then obviously that's something that you know I would consider because that's the nature of how we
govern in a democracy."

The senator from Illinois has railed against offshore drilling since Sen. John McCain in June proposed striking down the federal moratorium banning offshore oil and gas drilling to help alleviate high gas
prices.

END_OF_DOCUMENT_TOKEN_TO_BE_REPLACED 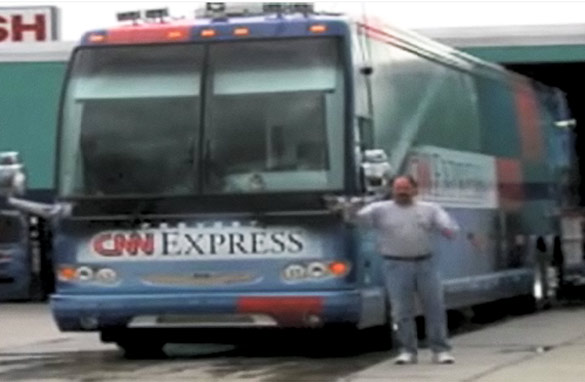