WASHINGTON (CNN) – Plenty of high profile names are getting bounced around as Barack Obama’s potential running mate. But Speaker of the House Nancy Pelosi may have a lesser-known candidate in mind.

Newsweek and other publications say Pelosi has been lobbying for Rep. Chet Edwards (D – Texas). The 56-year-old Edwards is a 9-term congressman representing a district in central Texas that includes President Bush’s ranch in Crawford.

In an interview Sunday, Pelosi said, “I didn't want to see a discussion of candidates for vice president without showing the House of Representatives… I just wanted people to be aware of the extraordinary credentials of Chet Edwards. And I hope he will be the nominee.”

Pelosi told ABC’s "This Week" that “for years, our colleagues have said to him, why don't you run for president? He is an extraordinarily talented person. He is a champion for veterans in the Congress. Under his leadership, we have passed, including just on Friday, the biggest increase in funding for veterans' health benefits and other benefits in the history of our country. “

Pelosi called him “talented:” and “principled.” Asked if she believed Edwards, not a household name around the country, had a chance to be picked, she said, “Well, I would certainly hope so. But, you know what? Senator Dodd, Senator Biden, Senator Hillary Clinton - there's such a great array of people from whom Senator Obama can choose. So, anyone of them, I'm fine with."

“I believe party unity calls for the delegates from Florida and Michigan to be able to participate fully alongside the delegates from the other states and territories,” he said in a letter to the co-chairs of the Democratic National Convention’s Credentials Committee.

Obama asked the committee to pass a resolution when it meets on August 24 to give each delegate a full vote.

Florida and Michigan were stripped of their delegates as a penalty for holding their primaries too early. During the primary season, there were growing calls to seat the delegations as Obama and Sen. Hillary Clinton were locked in a tight race for their party’s nomination. Obama and Clinton were about 100 delegates apart in March, and Florida and Michigan's cache of 366 delegates had the potential to shake up the race.

The battle over the states’ delegates became a key issue on the campaign trail. Clinton had long advocated for seating both states’ delegations. She won both primaries, but the Democratic candidates had agreed to not campaign in the two states and she was the only top-tier candidate on the ballot in Michigan.

Clinton’s message that “every vote should count” became a key theme in her stump speeches. She accused Obama of being "un-American" for not backing plans to hold a revote in the two states.

The Illinois senator denied claims that he was standing in the way of revotes.

"I want the Michigan delegation and the Florida delegation to be seated. And however the Democratic National Committee determines we can get that done, I'm happy to abide by those rules," he told CNN in March.

After months of wrangling over what to do, the DNC’s rules and bylaws committee voted in late May to reinstate all of Florida and Michigan's delegates, with each getting a half-vote.

VP fever intensifies as conventions near

[cnn-photo-caption image= http://i2.cdn.turner.com/cnn/2008/images/08/03/art.obama.afp.gi.jpg
caption=" Virginia Gov. Tim Kaine could be in the running to be Barack Obama's VP."]

(CNN) - It happens once every four years: Political pundits, news junkies and water cooler crowds obsess over whom the presidential contenders will pick to be their No. 2.

sked by CNN's Howard Kurtz what drives the compulsion behind the "glorified guessing game," A. B. Stoddard, an associate editor at The Hill, said every journalist is hoping for a "James Bond moment" when he or she can be the one to expose the story.

That, she said, "obviously never happens."

"But it comes in a lull in the campaign - June and July. You know, the primary is over. It tends to get a little dull. Usually the negative ads ... haven't appeared yet, and so it's sort of a perfect time to begin the guessing game.

"It is their first presidential decision," she said on CNN's "Reliable Sources."

Roger Simon, chief political columnist for Politico.com, said another benefit of dangling names in front of the public is that the candidates can use the media to vet those in the running.

"If there's anything is some guy's closet ... some local reporter who has covered this person for eight or 12 or 16 years might know about and might it get out before the candidate has committed to an embarrassing choice," he said.

Before the 1980s, presidential candidates typically did not unveil their running mates until the convention, often on its very last day. 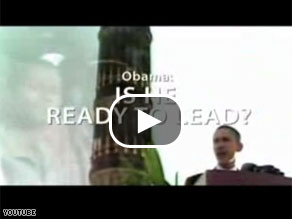 WASHINGTON (CNN) - A Virginia congressman is among those getting "thorough vetting" by John McCain's vice presidential team, an informed Republican source told CNN on Saturday.

The lawmaker is U.S. Rep. Eric Cantor, R-Va., a top GOP member in the House. The 45-year-old is a fourth-term congressman representing Virginia's 7th District, a heavily-Republican district in the Richmond area.

The source said that the work on Cantor and other potential running mates is mostly done.

Some conservatives have been pushing the House chief deputy minority whip for the vice presidential spot.

"He's bright, clean, conservative but not angry, and Jewish. (He's a) great fund-raiser and locks up Virginia for good measure," the source said.

The source indicated he "doubt(s) he'll be the pick but he's a comer in the party."

A spokesman for McCain, the presumptive Republican presidential nominee, told CNN on Saturday night he had no comment on the report, and would not say if McCain and the congressman had met. The Associated Press reports Cantor declined comment as well.

Cantor may be the only current member of Congress under serious consideration by McCain.