[cnn-photo-caption image= http://i.l.cnn.net/cnn/2008/images/01/23/art.cepd.cnn.jpg caption="CNN=Politics Daily is The Best Political Podcast from The Best Political Team."]
(CNN) - In the latest episode of CNN=Politics Daily, Jessica Yellin reports on a new, bestselling book and the goal of its author - to defeat Sen. Barack Obama, the presumptive Democratic presidential nominee.

The Obama campaign announced Wednesday that former Virginia Gov. Mark Warner will deliver the keynote address at the Democratic Convention in Denver.  Senior Political Analyst Bill Schneider takes a look at what the choice of Warner says about the Democrats' plans to contest Virginia.

As the CNN Election Express heads towards Colorado, Tom Foreman reports on the contest shaping up in Indiana, another battleground state.

[cnn-photo-caption image= http://i2.cdn.turner.com/cnn/2008/images/08/13/art.mccain.georgia.gi.jpg caption="McCain said Lieberman and Graham will be leaving ‘as soon as possible.’"]
(CNN) - John McCain said Wednesday that two of his strongest Senate supporters, Lindsey Graham and Joe Lieberman, would be heading to the nation of Georgia in their role as lawmakers, to report back on the conflict in that country.

“The situation in Georgia remains fluid and dangerous, and as soon as possible my colleagues Senator Lieberman and Senator Graham will be traveling… to Georgia. They’re both members of the Senate Armed Services committee,” McCain said at a news conference Wednesday. “I hope that other members of the Armed Services Committee in the Senate and they will go together and receive an assessment of the situation and what we need to do in the future, to avoid further escalation, and also to protect the independence and freedom of the people of this brave democratic ally, the country of Georgia.”

The two men are both major campaign surrogates for McCain, who has staked out a hard-line position on Russian military action in Georgia.

On Wednesday, Secretary of State Condoleezza Rice said she had spoken with both McCain and rival Barack Obama about developments in the ongoing crisis.

Colin Powell adviser: He has not yet made his pick

[cnn-photo-caption image=http://i2.cdn.turner.com/cnn/2008/images/08/13/art.powell.gi.jpg caption="Powell, a Republican, has said he may not back the GOP pick this cycle."]

(CNN) - Colin Powell’s office denied a FOX report by commentator Bill Kristol Wednesday that the retired general had decided to publicly back Barack Obama at the Democratic National Convention.

Several sources told CNN the former Bush Secretary of State has not yet made a decision about a possible endorsement. “As always, he is holding his cards close and waiting for more information," one adviser close to Powell told CNN’s John King.

Powell himself brushed off queries on any potential presidential nod, but told ABC News Wednesday afternoon that he would not be going to Denver. "I do not have time to waste on Bill Kristol's musings,” he said. “I am not going to the convention. I have made this clear."

In February, Powell told CNN’s Wolf Blitzer that he was weighing an endorsement of a Democrat or Independent candidate. “I am keeping my options open at the moment,” said Powell.

END_OF_DOCUMENT_TOKEN_TO_BE_REPLACED 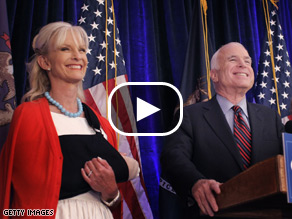 [cnn-photo-caption image= http://i2.cdn.turner.com/cnn/2008/images/08/13/art.roberts.gi.jpg caption="Roberts is skipping his party's convention."]
(CNN) - Another Senate Republican is officially skipping the party's national convention next month, the latest sign vulnerable Republicans may be wary of linking themselves to the GOP brand this election cycle.

Pat Roberts, the two-term senator from Kansas who finds himself in a closer re-election bid than initially expected, won't be on hand to see Sen. John McCain accept the Republican presidential nomination in Minneapolis, his spokesman Molly Haase confirmed to CNN.

Roberts will instead be completing a 105-county tour of the state, Haase said. Polls show Roberts holds a double digit lead over Democratic challenger Jim Slattery, though the race has narrowed over the last several weeks.

Roberts joins a handful of vulnerable Senate Republicans who have flatly said they will not attend the convention, including Susan Collins of Maine, Gordon Smith of Oregon, Ted Stevens of Alaska, and Elizabeth Dole of North Carolina.

Two other vulnerable Republicans - New Hampshire Sen. John Sununu and Mississippi Sen. Roger Wicker - have yet to announce if they will attend.

According to a report in The Hill, the Oklahoma congressman also urged Republican lawmakers to feel free to criticize the party -– including prospective future colleagues - citing dismal congressional approval ratings. “These ratings are worse than we had on the eve of losing the majority,” he said. “Don’t be afraid to say you are disappointed in fellow Republicans… don’t hesitate to be anti-Washington, D.C."

"This senseless tragedy comes as a shock to all of us. Our thoughts and prayers go out to Chairman Gwatney and his family and we pray for his full and speedy recover," he said. "While the investigation of this shooting continues, and our primary concern remains with Bill and his family, we commend the courageous and speedy action of law enforcement officials in apprehending the suspect."

(CNN) - The chairman of the Arkansas Democratic Party died Wednesday, hours after a shooting at the party's headquarters, police said.

[cnn-photo-caption image= http://i2.cdn.turner.com/cnn/2008/images/08/13/art.kerry.cnn.jpg caption="Kerry’s PAC launched the site Wednesday."](CNN) - Four years after finding himself the target of a scathing campaign-year book from a conservative author during his own campaign, former Democratic presidential contender John Kerry is launching a Web site to discredit the writer’s latest work, which takes aim at 2008 presumptive Democratic nominee Barack Obama.

Kerry’s new Web site, “Truth Fights Back” – which will be funded by the Massachusetts senator’s political action committee - resembles the “Fight the Smears” site Obama’s campaign launched earlier this year, and uses similar methods: a list of responses to existing rumors about the presumptive Democratic nominee, a form to report new attacks, and a request for supporters to add their names to an e-mail listserv that will direct activists on rapid response to future attacks on Obama and other Democratic candidates.

END_OF_DOCUMENT_TOKEN_TO_BE_REPLACED

CNN Poll of polls update: Obama up by 6

(CNN) - Barack Obama continues to hold a solid lead over John McCain with just over 80 days remaining until the presidential election, a new CNN poll of polls shows.

According to the average of several recent national polls, Obama registers 47 percent among registered voters nationwide with McCain at 41 percent.

That lead has basically held steady over the last two months: A CNN poll of polls on June 20 also had the race at 6 points, 46 percent to 40 percent.

[cnn-photo-caption image= http://i2.cdn.turner.com/cnn/2008/images/08/12/art.mccain.country.jpg caption="McCain said the United States should stand 'courageously' with Georgia."]BIRMINGHAM, Michigan (CNN) - John McCain came out in support of President Bush’s decision Wednesday to dispatch U.S. aircraft with humanitarian aid to Georgia and to send Secretary of State Condoleezza Rice there to demonstrate America’s “unwavering support” for the country.

And despite some recent tough talk towards Russia that has drawn criticism from Barack Obama's campaign, McCain also said he did not think the Russia-Georgia conflict would “re-ignite the Cold War."

"I don't think it means we're going to reignite the Cold War, and I don't think that we're going to have kind of situation," he said at a fundraiser in Michigan, “but I do believe that we need to stand as courageously as we can on behalf of this little country.”

Bush said in a Rose Garden statement that Russia must halt all military operations in Georgia and withdraw troops from the country, while allowing international aid into the region.

During the fundraiser, McCain continued his expressions of solidarity with Georgia, at one point citing reports of possible human rights violations by the Russian military.