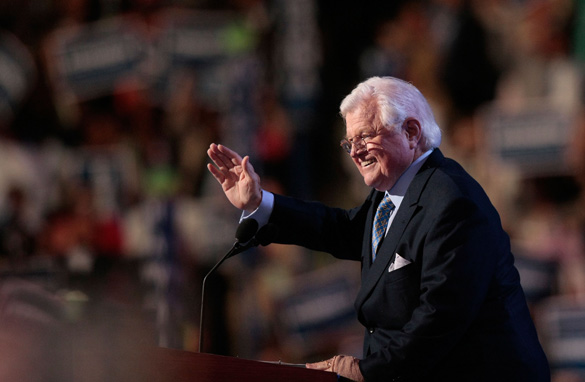 Sen. Kennedy made a much anticipated appearance at the opening night of the Democratic National Convention. (Photo credit: Getty Images)

DENVER (CNN) - This crowd loves Ted Kennedy, of course, not only for what he signifies, but because he passed the torch to their man at a point when it was unexpected. And they’re very aware that it may be the last major speech he ever gives. They’re hopeful it’s not — but fearful it might be.