The View from Our Window 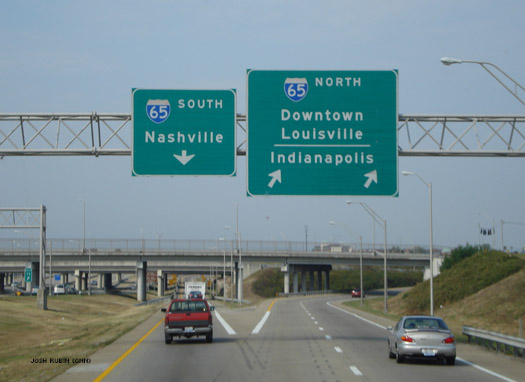 The Election Express on its way to Mississippi.

[cnn-photo-caption image= http://i2.cdn.turner.com/cnn/2008/images/09/21/art.cnnlive18.cnn.jpg caption="Watch Obama's event on CNN.com/live."](CNN) - Barack Obama is campaigning in Charlotte, North Carolina, this hour - a state that has voted Republican in several recent elections. But a recent CNN poll there suggests the race is extremely tight.

"We are going to have to work quickly in a bipartisan fashion to resolve this crisis to avert an even broader economic catastrophe," he said at the top of his remarks.

[cnn-photo-caption image= http://i2.cdn.turner.com/cnn/2008/images/09/21/art.pollsofpolls.gi.jpg caption="McCain holds razor-thin leads in three battleground states."](CNN) - Barack Obama may have regained a more solid footing over John McCain in the national polls, but in the key battleground states where the race will likely be decided, the two presidential contenders could hardly be closer

With six weeks to go until Election Day, just released CNN poll of polls out of Florida and Ohio, as well as a new survey out of Missouri, suggest the race for the White House just may be headed for a photo finish.

In the new CNN Florida poll of polls, comprised of four recent surveys of the state, McCain holds a razor-thin 1-point lead, 47-46 percent. The Republican presidential nominee had held a healthier margin there for most of the summer, though Obama has aggressively targeted Sunshine State voters on the airwaves by a margin of more than eight to one when it comes to ad spending. CNN considers the state a "tossup" in its electoral map breakdown.

A new CNN poll of polls in Ohio also shows McCain with a 1-point margin (47-46 percent) in that key Midwestern state, which no Republican presidential aspirant has lost and gone on to win the White House. The Ohio poll of polls, consisting of three recent surveys, also shows more than 7 percent of Ohioans still have not made up their minds. The Buckeye state is considered a tossup in the CNN electoral map.

The CNN poll of polls in Florida and Ohio do not carry sampling errors.

A new Research 2000 poll out of Missouri was also released Sunday, showing McCain with a four point lead there (49-45 percent). The perennial bellwether state that has voted for the eventual winner in all but one presidential election since 1904 chose President Bush over John Kerry by a 6-point margin in 2004 and picked Bush over Al Gore by a 4-point margin in 2000. The Research 2000 poll, which carries a sampling error of plus or minus 3.5 percentage points, also shows 6 percent remain undecided there. CNN considers Missouri as leaning toward McCain in its electoral map.

The latest CNN national poll of polls meanwhile shows Obama with a 3 point lead over McCain.

[cnn-photo-caption image= http://i2.cdn.turner.com/cnn/2008/images/09/21/art.debateprep.gi.jpg caption="Obama and McCain are starting to prepare for the upcoming debates."](CNN) - The presidential candidates face their first debate Friday in Oxford, Mississippi and both are taking time off the campaign trail to prepare.

While the Obama campaign confirmed that Barack Obama will be prepping this week in Tampa, Florida, the Republican presidential hopeful has a different approach.

A source inside the McCain campaign says the Arizona senator has been prepping on the campaign trail for the past several weeks and took time Saturday to prepare. This source says as of now, John McCain is not expected to take days off before Friday's debate to prep.

One other item of note: Greg Craig, a former State Department official under President Clinton and a longtime Obama supporter is reportedly playing the role of John McCain in the Illinois senator's debate practices.

"We need this to be clean and quick," Paulson said on ABC's "This Week."

President Bush asked Congress on Saturday for the authority to spend as much as $700 billion to purchase troubled mortgage assets and contain the financial crisis.

One Person, One Vote– Or So They Say 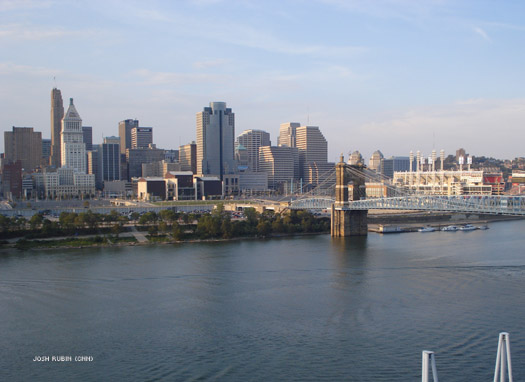 The CNN Election Express Bus' view of the Cincinnati skyline.

ABOARD THE ELECTION EXPRESS: Covington, KY (CNN)– Do the presidential candidates value one citizen’s vote just as fervently as they value another citiizen’s?

They would say yes, of course. But from the vantage point of where we’re parked– on the Kentucky side of the Ohio River, near the shore– you have to wonder.

From the bus we can see Cincinnati on the other side. The vote in Ohio is expected to be extremely close– and the outcome may end up deciding who the next president will be. Kentucky’s votes, though, are thought to be fairly safe for the Republicans.

You know in which of these states the candidates are going to be spending most of their time.

Bill Schneider and CNN deputy political director Paul Steinhauser were in the bus, peering at computer screens, checking out what the latest poll results for Ohio are. I excused myself and walked two blocks to the Roebling Suspension Bridge, and in a matter of a few minutes I crossed the Ohio River and stepped into Cincinnati.

The Electoral College being what it is, the voters on the Ohio side of the water will be courted and fawned over, and the voters on the Kentucky side will seldom see a candidate walk among them. My own walk on the Cincinnati side led me down Rosa Parks Street until I turned right toward Pete Rose Way (there are moments when America makes you smile and shake your head in wonder).

There was a sign promoting a tavern that seemed to be purposely careful, in the fine and self-effacing way of many Ohioans, not to brag too much: “Cincinnati’s second-oldest pub,” it said, cautious enough not to declare itself the champion when it hadn't won the championship. Within 30 minutes I was on the Purple People Bridge, walking back across the river to the Commonwealth of Kentucky. The bridge is named for the color of its paint, but it was difficult, the whole way over the river, not to hear the strains of Sheb Wooley’s 1958 novelty hit, “The Purple People Eater,” sounding somewhere in the haze.

The bridge ended in the town of Newport, and another Kentucky bridge, this one over the Licking River, led me back to the Election Express, where Bill and Paul were still analyzing polling numbers. The rule in this country is one person, one vote, but if you vote on the northern side of the Purple People Bridge, you’re about to be wooed much more avidly than your neighbors on the southern side. If you want to blame someone, take it up with the Founding Fathers. They’re the ones who gave us this system.