Scenes from the trail: Obama on the stump in Charlotte 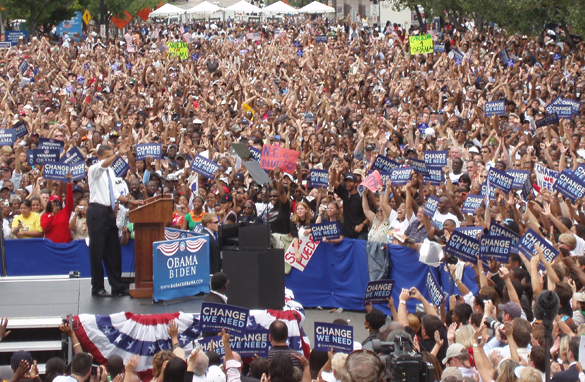 He's heavily targeting the state that has voted Republican in several recent presidential elections. During his remarks, he said the $700 billion financial market bailout has a “sobering price tag," and accused the Bush administration of running the economy into the ground. He also got tough on John McCain:

“While I certainly don’t fault Senate McCain for all of the problems we’re facing right now but I do fault the economic philosophy he’s followed during his 26 years in Washington,” he said, adding “If your car is in a ditch, you don’t want a driver who thinks that we should take the same path that’s got us in the ditch.”