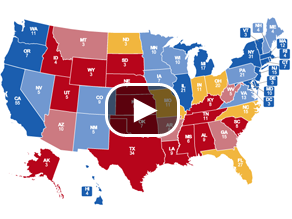 But three McCain sources tell CNN that little more than three months ago, Duberstein was pushing to run John McCain’s post-election transition to the White House - a charge Duberstein himself insists is not true.

One of the sources says he was contacted by Duberstein in July with a request to relay a message to the McCain team that he thought he would be an “ideal” person to run the Republican nominee's transition.

This source - who noted that at the time McCain was doing well in the polls - said he and Duberstein had several conversations about it, and that he did pass that information along to the campaign.

END_OF_DOCUMENT_TOKEN_TO_BE_REPLACED

Fact Check: Would McCain tax health benefits for the first time ever?

END_OF_DOCUMENT_TOKEN_TO_BE_REPLACED

Biden: Critics will call Obama the 44th president after Tuesday

KETTERING, Ohio (CNN) – Joe Biden always closes his speeches by telling supporters that once the election is over, they have to reach out to Republicans, even those who have conducted “scurrilous” attacks against Obama. The same critics, Biden said Friday afternoon, will be calling Barack Obama “the 44th President of the United States of America” after November 4.

“Ladies and gentlemen, we need to move past the politics of division and attack,” Biden told supporters at rally, the first stop on a two day bus-tour through Ohio.

“Over the past weeks, the Republicans have gone way over the top in my view, calling Barack Obama every name in the book, and it probably will get worse in the next three and a half to four days.”

“If you look at who he is, what he's done, and what he plans to do for this country,” Biden continued, “if you work for us in the closing days and choose hope over fear, after next Tuesday the very critics he has now and the rest of America will be calling him something else. They will be calling him the 44th president of the United States of America, our commander-in-chief Barack Obama!”

John McCain released an ad Friday that was void of any negativity or direct mention of Obama, but tells voters, "don't hope for a stronger America, vote for one." McCain's campaign manager Rick Davis told reporters Friday morning that their campaign would outspend Obama's in the closing days.

Biden delivered his campaign’s “closing arguments” in a high school gym in central Ohio, a swing state where CNN’s poll of polls suggests Obama leads John McCain by 5 percentage points, 49 to 44 percent, with 7 percent of the state’s voters still undecided. The Delaware senator's battleground state tour continues over the weekend, with more stops in Ohio, Indiana and Florida.

[cnn-photo-caption image= http://i2.cdn.turner.com/cnn/2008/images/10/31/art.mac9ward1031.gi.jpg caption="Sen. McCain toured the Lower Ninth Ward of New Orleans with his wife, Cindy, in April of this year."]
(CNN) - The lingering aftermath of Hurricane Katrina looms large over New Orleans residents this election season. CNN’s Voter Hotline has received several calls from New Orleans residents wondering where to vote, whether former evacuees are still registered, and how to vote absentee after being displaced.

Joseph Harris of New Orleans was confused about whether his temporary displacement after the storm would affect his registration.

According to the Louisiana Secretary of State, Katrina’s lingering impact doesn’t extend to the voter rolls. “There has been no purging because people were displaced by Katrina. Basically, they can vote if we have a good address,” said Jacques Berry from the Louisiana Secretary of State office. “If you live in a homeless shelter and have an address, you can register to vote in Louisiana.”

Katrina victims who were displaced and are still planning to vote in Louisiana should call the state’s toll free number, (800) 883-2805. The rules for those displaced by the storm are no different than other residents, Berry said. “There’s nothing specific to them.”

If you are a resident in the state of Louisiana who has questions regarding your registration status or where you should go to vote, you can visit geauxvote.com or call 1 (800) 883-2805.

Greene: For which candidate will the dawn be bright? 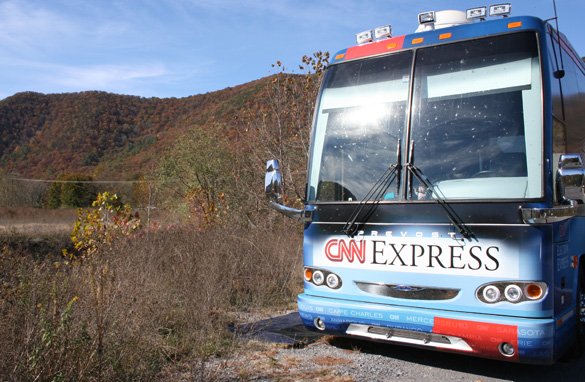 DES MOINES, Iowa (CNN)– On this journey we stay in a lot of hotels near interstate highways, the kind that serve free breakfasts in the lobby. And at adjacent tables at breakfast one day during the past week, there was a person crying at one table, and people laughing at the next.

We have been in West Virginia and Indiana and Kentucky and Ohio and Missouri and now here in Iowa in recent days, and the stops tend to blur into each other, but this stood out. The woman crying at the one breakfast table was in the town for a funeral; I could overhear the conversation as family members tried to comfort her. She was weeping softly; if the people raucously laughing at the next table over had been aware of her grief, I like to think that they would have toned it down. But they were facing away from her, they didn’t hear or see her, so their laughter continued, as did her quiet tears.

END_OF_DOCUMENT_TOKEN_TO_BE_REPLACED

[cnn-photo-caption image= http://i2.cdn.turner.com/cnn/2008/images/10/31/obama-praises-mccain.jpg caption="Sen. McCain releases two new ads in his final push to win the White House."](CNN)–With only four days before election day, Sen. John McCain is ending the battle of the airwaves with a pair of 30-second spots.

"Obama Praising McCain" echoes a Web ad released a month ago: “Praising McCain." That spot spot shows prominent Democrats commending the Arizona senator for his stances on public policy and his leadership abilities within Congress. "Even Obama has Praise for the Maverick," read the screen.

In the new 30-second spot, an announcer begins “The truth on global warming”: the only other speaker in the ad is Obama himself. "The Lieberman-McCain bill establishes limits for greenhouse gas emissions. It's a framework that's not only good for the environment, it's also good for business," says Obama. "I want to thank Senator Lieberman, as well as Senator McCain, for the outstanding leadership that they've shown.”

The second spot, “Freedom,” brings the focus back to McCain’s biography. “I've served my country since I was 17 years old, and spent five years longing for her shores,” says McCain, evoking his time as a prisoner of war in Vietnam.

“I came home dedicated to a cause greater than my own. We can grow our economy. We will cut government waste,” he says, adding — in an apparent subtle swipe at Barack Obama - “Don't hope for a stronger America. Vote for one. Join me.”

The campaign said the ad will air in key states. On a Friday conference call, campaign manager Rick Davis said he expected McCain to out-spend Obama on the air in the race’s closing days.

The Statement:
At a rally Thursday, October 30, in Columbia, Missouri, Sen. Barack Obama said, "The choice in this election isn't between tax cuts and no tax cuts, it's whether you believe we should only reward wealth or whether we should also reward work and the workers who create it."

END_OF_DOCUMENT_TOKEN_TO_BE_REPLACED

(CNN) - Sen. Barack Obama told CNN Friday that turning around the economy and energy independence are his top priorities for 2009 if elected president.

In an interview with Wolf Blitzer in Des Moines, Iowa, Obama was asked to name his top priority from a list of issues, including taxes, health care, education, energy policy and immigration.

"[The] top priority may not be any of those five. It may be continuing to stabilize the financial system. We don't know yet what's gonna happen in January," he said. "None of this can be accomplished if we continue to see a potential meltdown in the banking system and financial system. So that's priority number one - making sure the plumbing works."

"We have to seize this moment because it's not just an energy independence issue, it's also a national security issue and it's a jobs issue. We can create five million new green energy jobs ..."

You can watch the full interview on ‘The Situation Room’ at 6 p.m. ET.

END_OF_DOCUMENT_TOKEN_TO_BE_REPLACED

[cnn-photo-caption image= http://i2.cdn.turner.com/cnn/2008/images/10/31/art.georgia.ap.jpg caption="Long lines plagued Georgia polling places this Halloween."]ATLANTA (CNN) - The scariest part of this Halloween for some Atlanta voters is the unprecedented wait time at area polling stations, where heavy turnout and computer problems are leading to delays of 2 to 10 hours.

At a downtown Atlanta location the wait was up to four hours Friday as the line stretched down three blocks according to CNN’s Rusty Dornin, who was in line herself at the location.

And that location isn't even the longest wait for voters in that county. According to Jessica Corbitt of the Fulton County Office of Community Relations, at the Welcome All Center in South Fulton County the wait was five hours long.

Three thousand people have voted at the Adamsville location, according to Beverly Isom, executive aide to Atlanta Mayor Shirley Franklin. Isom told us that those at the front of the line at 4 p.m. had been waiting to vote since 9am, and that hundreds more have signed up and continue to wait in line. Crowds are reported to be orderly and patient - but are weary of the six-hour wait.