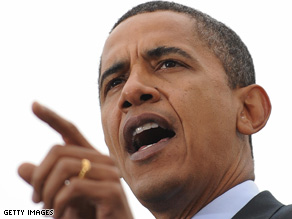 The Statement: At a debate Thursday, Oct. 2 in St. Louis, Missouri, Republican vice presidential candidate Gov. Sarah Palin charged Democrat Sen. Barack Obama of supporting higher taxes. "Barack had 94 opportunities to side on the people's side and reduce taxes, and 94 times he voted to increase taxes or not support a tax reduction - 94 times."

The Facts: The effort to convince voters that Sen. Barack Obama would support higher taxes is a central part of Sen. John McCain's presidential campaign. McCain and the Republican National Committee have repeatedly cited 94 alleged votes by Obama to bolster their argument. Factcheck.org, a non-partisan project of the University of Pennsylvania's Annenberg Public Policy Center, pieced through records to determine just what these 94 instances were. Key findings:

–23 were against proposed tax cuts.

- 7 were "for measures that would have lowered taxes for many, while raising them on a relative few, either corporations or affluent individuals."

- 11 were to increase taxes on people making more than $1 million a year, to help fund programs such as Head Start, school nutrition, or veterans' health care.

- 53 were votes on budget resolutions or amendments that "could not have resulted by themselves in raising taxes," though many "were clear statements of approval for increased taxes"

The total also includes multiple votes on the same measures. Annenberg says a close look at the record reveals that Obama has "voted consistently to restore higher tax rates on upper income taxpayers but not on middle- or low-income workers."

The Verdict: Misleading. Palin's summary ignores the fact that some of the votes were for measures to lower taxes for many Americans, while increasing them for a much smaller number of taxpayers. The total also includes multiple votes on the same measures and budget votes that would not directly lead to higher taxes.