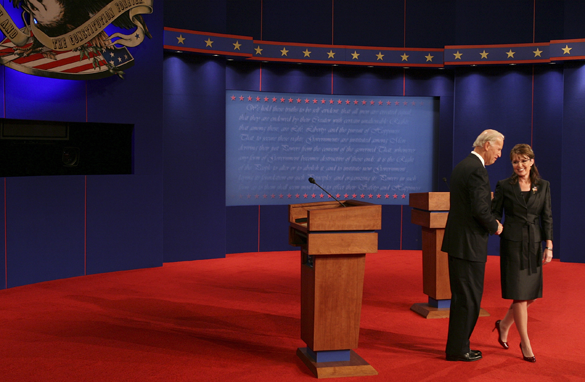 (CNN) - Sen. Joe Biden gave a knowledgeable but restrained performance in Thursday night's debate, while Gov. Sarah Palin sought to show that her accomplishments as governor and mayor prove she is qualified to be vice president.

Biden slammed John McCain, saying that "he has been no maverick on the issues that matter to people lives," but his only challenge to Palin was asking her to articulate a policy on the Iraq war.

Palin pushed her "track record of reform" and said she and McCain are a " team of mavericks."