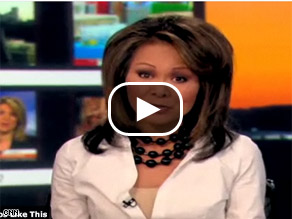 Did Sen. Obama say subprime loans were a good idea? Watch Alina Cho's report and get the facts!

The Statement
In a campaign speech Wednesday, October 8, in Bethlehem, Pennsylvania, Republican presidential candidate Sen. John McCain questioned Democratic opponent Sen. Barack Obama's foresight on the role of the troubled subprime lending sector in the recent financial crisis. "As recently as September of last year, he said that subprime loans had been - quote - 'a good idea,' " McCain said.

The Facts
McCain is citing a statement Obama made during a September 17, 2007, speech in New York. While the words he quotes are technically accurate, McCain is taking them out of context from a statement that actually was criticizing abuses in the subprime sector.

"Subprime lending started off as a good idea - helping Americans buy homes who couldn't previously afford them ... ," Obama said. "But as certain lenders and brokers began to see how much money could be made, they began to lower their standards. Some appraisers began inflating their estimates to get the deals done. Some borrowers started claiming income they didn't have just to qualify for the loans and some were engaging in irresponsible speculation. But many borrowers were tricked into glossing over the fine print."

The Verdict: Misleading.
Obama did say subprime lending "started off as a good idea," but he was criticizing abuses in the sector. Based on his statements, he did not think they were a good idea last September, as McCain suggests.