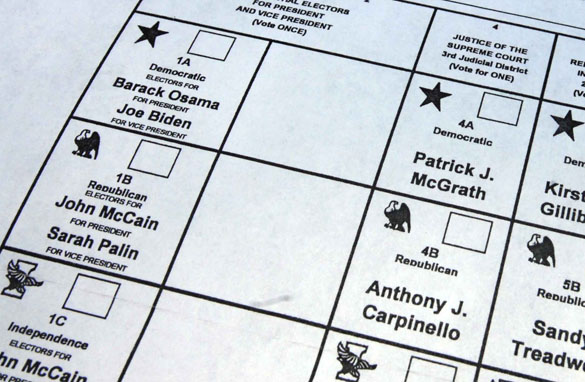 This absentee ballot was sent out to voters in Rensselaer County in New York state. Photo credit: Albany Times Union newspaper
(CNN) - Some are calling it a Freudian slip. Everyone’s calling it a big mistake.

County elections officials tell the newspaper that it was a typo that made it by three rounds of proof-readers. They also said the error affected just a few hundred voters, and that they will re-send corrected ballots on request.