Fact Check: Did McCain's campaign say it needed to shift focus from the economy? 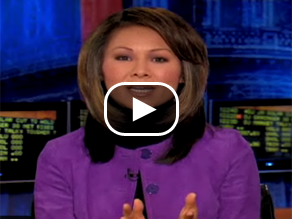 Watch CNN's Alina Cho fact check whether McCain is afraid to talk about the economy.

The Statement
In a campaign speech Monday, October 13, in Toledo, Ohio, Democratic presidential candidate Sen. Barack Obama referred to Republican opponent Sen. John McCain's campaign. "Last week, Senator McCain's campaign announced that they were going to 'turn the page' on the discussion about our economy so they can spend the final weeks of this election attacking me instead," Obama said. "His campaign actually said, and I quote, 'if we keep talking about the economy, we're going to lose.' "

The Facts
Obama seems to be referring to a pair of media reports from earlier this month. On October 4, the Washington Post wrote an article in which several Republicans signaled a change in McCain's strategy. The article quotes an unnamed "senior Republican operative" saying the campaign needed to get tougher in attacking Obama. "We've got to question this guy's associations. Very soon. There's no
question that we have to change the subject here," the operative is quoted as saying. The paper wrote that the operative was not authorized to talk publicly about strategy and spoke on the condition of anonymity.

Elsewhere, the article quotes Greg Strimple, one of McCain's top advisers. "We are looking forward to turning a page on this financial crisis and getting back to discussing Mr. Obama's aggressively liberal record and how he will be too risky for Americans," Strimple says.

An October 6 article in the New York Daily News quotes "a top McCain strategist" making a similar comment and tying it to the economic crisis - which analysts have said has been a weak point for McCain. "It's a dangerous road, but we have no choice," the strategist is quoted as saying. "If we keep talking about the economic crisis, we're going to lose." The Daily News article does not say why the strategist was granted anonymity.

The McCain campaign calls Obama's take on such comments a distortion. Spokesman Brian Rogers said the remarks were about political strategy in the days after Congress voted on a financial bailout that had led McCain to briefly suspend his campaign. "He was specifically talking about the bailout and all of that - not that we don't want to talk about the economy, but rather that we'd talk about the important contrasts in how we'll address the most critical issues that we face," Rogers said in an e-mail.

The Verdict: In Dispute. Obama accurately cites quotes from two news articles, but the McCain campaign says he's taking them out of context.