The life of a campaign photographer 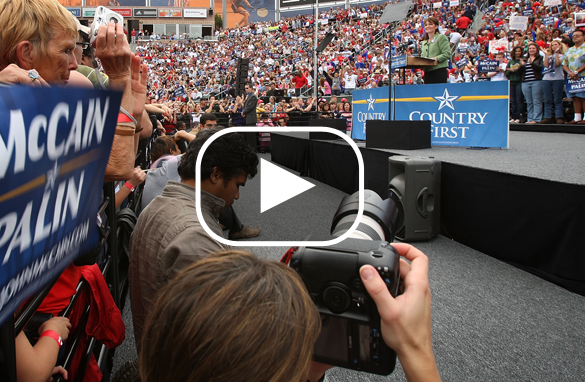 (CNN) - Months on the campaign trail, taking pictures and following the candidate from rally to fundraiser, lugging equipment and staying in a different hotel each night. Sounds like the life of a news photographer, but it is also the job of Shealah Craighead, Governor Palin's campaign photographer.

She often takes over fifteen-hundred pictures a day as Palin meets supporters and gives her stump speech. CNN's Bethany Swain caught up with Craighead at recent campaign events.