Giuliani gets tough on Obama in new robocall

[cnn-photo-caption image= http://i2.cdn.turner.com/cnn/2008/images/10/22/art.giuliani.gi.jpg caption="Giuliani is in a new robocall for McCain."]

(CNN) - Rudy Giuliani is the star of a new robocall from the McCain campaign and the Republican National Committee that seeks to portray Barack Obama as soft on crime.

"You need to know that Barack Obama opposes mandatory prison sentences for sex offenders, drug dealers, and murderers," Giuliani says in the call. "It's true, I read Obama's words myself. And recently, congressional liberals introduced a bill to eliminate mandatory prison sentences for violent criminals - trying to give liberal judges the power to decide whether criminals are sent to jail or set free."

"With priorities like these, we just can't trust the inexperience and judgment of Barack Obama and his liberal allies," Giuliani says.

The Obama campaign did not have an immediate comment, but according to its Web site, the Illinois senator does support "reforming mandatory minimum prison sentences."

"Every leading expert body in criminal justice has opposed the use of mandatory minimum sentences, including the Sentencing Commission, the Judicial Conference, the American Bar Association, and leading criminal justice scholars," his Web site ways.

Those calls have drawn criticism from a handful of vulnerable Senate Republicans wary of turning off independent voters, including Maine's Susan Collins, Minnesota's Norm Coleman and Oregon's Gordon Smith.

Obama: 'This looks like the real 'Virginia to me'

As Obama's motorcade made its way through quaint downtown Leesburg, residents were lining the streets and standing on porches waving a mix of Obama and McCain signs. Hanging from one white Victorian home was a hand painted sign that said "real Virginians for Obama."

RNC to add to FEC complaint on Obama's fundraising

[cnn-photo-caption image= http://i2.cdn.turner.com/cnn/2008/images/10/22/art.bolookup1022.gi.jpg caption="The Obama campaign recently announced that it has three million individual donors."]
(CNN) – The Republican National Committee announced Wednesday that it plans to submit an addendum to its recent complaint filed with the Federal Election Commission about the fundraising of Sen. Barack Obama’s presidential campaign.

“This is an organization that has raised over $450 million in campaign contributions,” RNC chief counsel Sean Cairncross told reporters Wednesday. “This is money that is used to elect a potential president of the United States and there are some substantial questions where some of it came from and whether some of it was raised in compliance with the law,” Cairncross added.

The addendum will be based on additional press reports of questionable donations to Obama that have come to light since the complaint was filed on October 6, according to Cairncross.

END_OF_DOCUMENT_TOKEN_TO_BE_REPLACED

Democrats last carried North Carolina in a presidential election in 1976, but the poll suggests that Obama, D-Illinois, has a 4-point margin - 51-47 percent - over McCain among likely voters. That is with within the poll's sampling error, but it is an increase over our last survey in North Carolina two weeks ago, when Obama was tied at 49 percent with McCain, R-Arizona. Fifteen electoral votes are at stake in North Carolina.

You have to go back to 1964 to find the last time Democrats won Virginia in a presidential contest. But the poll indicates that Obama continues to hold a comfortable lead over McCain in Virginia, 54-44 percent. Obama held a similar 10-point advantage over McCain in our poll from last week.

It all came down to Ohio four years ago, with the state putting Bush over the top in clinching his re-election. And our new poll suggests that it could again all come down to Ohio and its 20 electoral votes. Fifty percent of likely voters in Ohio questioned in the poll back Obama for president, and 46 percent support McCain. Obama's lead is within the poll's sampling error.

END_OF_DOCUMENT_TOKEN_TO_BE_REPLACED

Fact Check: Did Obama only serve 300 days in the Senate before he became a candidate?

[cnn-photo-caption image= http://i2.cdn.turner.com/cnn/2008/images/10/22/art.obama.capitol.jpg caption="Did obama only spend 300 days in the Senate before becoming a presidential candidate?."]
The Statement:

END_OF_DOCUMENT_TOKEN_TO_BE_REPLACED

In an interview with Parade Magazine, Craig, the latest heart-throb to fill the shoes of James Bond on the silver screen, said “Obama would be better because—if he’s true to his word—he’d be willing to quite literally look the enemy in the eye and go toe-to-toe with them.”

Craig said McCain would be a better M, Bond’s boss, “because of his long service and experience.”

“There is, come to think of it, a kind of Judi Dench quality to McCain,” He added in reference to the famed British actress who has long played Bond’s superior.

But on the subject of the better Bond girl, mum’s the word.

The actor would not answer whether he thought Michelle Obama or Cindy McCain would be best fit for the part.

“That’s much too dangerous a question” Craig said. 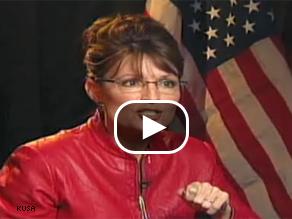 END_OF_DOCUMENT_TOKEN_TO_BE_REPLACED

According to the latest Pew Research Center findings, religious voters appear to be gradually gravitating toward Barack Obama as their pick for president.

While McCain still holds an advantage over his rival among white evangelical Protestant voters, his support has dropped among that demographic from 71 percent to 67 percent in one month, while Obama’s support has increased from 21 percent to 24 during the same time period.

The survey, conducted October 16 through 19 also found the same trend among white non-Hispanic voters. In late September, McCain was favored 52 percent to 39 percent. Fast forward to the most recent findings, and Obama is now favored 49 to 41 percent.

The latest Pew Research Center poll is based on the opinions of 2,599 registered voters with a sampling error of plus or minus 2.5 percent.

[cnn-photo-caption image= http://i2.cdn.turner.com/cnn/2008/images/10/22/art.obama.10.22.jpg caption="Sen. Obama said he's supported plans to improve the economy McCain was against."]
The Statement:
Democratic presidential nominee Sen. Barack Obama, speaking at a campaign event Tuesday, October 21, in Miami, Florida, said he's supported plans to improve the economy that Republican opponent Sen. John McCain was against. "Nine months ago - back in January - I called for a stimulus plan to provide immediate relief for states, along with tax rebates to get money directly to middle class families and a foreclosure-prevention fund to help people keep their homes. Senator McCain, on the other hand, insisted that the fundamentals of the economy were strong. His advisors openly mocked the stimulus plan before Congress - one referred to it, and I quote, as 'borrowing money from the Chinese and dropping it from helicopters.' Another dismissed it as 'junk.' "

END_OF_DOCUMENT_TOKEN_TO_BE_REPLACED

Obama: It's Joe 'the CEO' McCain cares about

[cnn-photo-caption image= http://i2.cdn.turner.com/cnn/2008/images/10/22/art.obama.mccan.shake.jpg caption="Obama said Wednesday McCain is 'not fighting for Joe the plumber'."]
RICHMOND, Virginia (CNN) –- Joe the plumber is getting some company on the campaign trail.

Obama’s now infamous conversation with Ohio plumber Joe Wurzelbacher has become a rallying point for both the Democratic and Republican candidates.

McCain has repeatedly said Obama’s tax plan would punish Joe the plumber because the Democratic nominee wants to change the income distribution to help those making less and thereby hurt entrepreneurs and those trying to get ahead. Obama counters that he wants to give a tax cut to the majority of working Americans and roll back the Bush tax cuts to the rates that existed under President Bill Clinton where the wealthier paid more.

In recent days Obama has taken to highlighting statements McCain made in 2001 in which he said he could not support President Bush’s tax cuts because “so many of the benefits go to the most fortunate among us, at the expense of middle-class Americans who most need tax relief.”