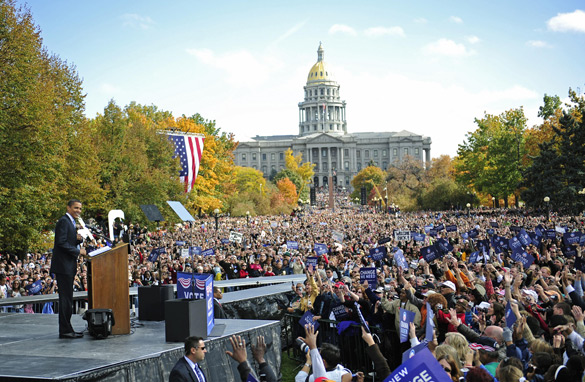 (CNN)—The Obama campaign announced Sunday the Democratic nominee for president will deliver a 'closing argument' speech Monday focused on the differences between the two candidates.

Obama announced his candidacy almost two years ago, February 10, 2007 from the Old State Capitol Building in Springfield, Illinois, the same place he introduced Sen. Joe Biden as his Vice Presidential pick on August 23, 2008.

In an email sent to reporters, the Obama campaign released the following statement:

"In his speech, Senator Obama will tell voters that after twenty-one months and three debates, Senator McCain still has not been able to tell the American people a single major thing he’d do differently from George Bush when it comes to the economy. Obama will ask Americans to help him change this country, and say that in just one week, they can choose an economy that rewards work and creates new jobs and fuels prosperity from the bottom-up, they can choose to invest in health care for our families and education for our kids and renewable energy for our future, and they can choose hope over fear, unity over division and the promise of change over the power of the status quo. "

Obama will deliver his speech from Canton, Ohio, a state both presidential candidates are hoping to win November 4.