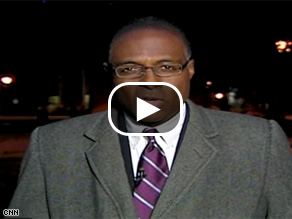 (CNN) - The Virginia branch of the NAACP sued Gov. Tim Kaine and state election officials on Monday, claiming that the state is "inadequately prepared" for the record number of voters expected to turn out in next week's presidential election.

The complaint, filed Monday afternoon in U.S. District Court in Richmond, says state officials have not set up enough polling sites to keep up with the turnout.

"The allocation of polling place resources is plainly irrational, non-uniform and likely discriminatory," the suit states.

It cites the 2004 presidential election, arguing that too few polling places in Virginia at the time led to long lines and forced some voters to turn away.

"To adhere stubbornly to inadequate levels of resources in the face of the increased registration and increased turnout will result in a meltdown on Election Day," the suit says. "Voters will face even longer lines than existed in 2004, and many more voters will lose their right to vote in this Presidential election than in the last."

Kaine's office confirmed receiving the lawsuit Monday, saying Virginia's Board of Elections will respond to it in court.

Kaine is "confident that the Board of elections is taking the appropriate steps to mitigate lines on Election Day," said Delacey Skinner, a spokeswoman for the governor.