The Clayton County resident, who registered to vote in Georgia when he moved six months ago, showed up at the Frank Bailey Senior Center in Riverdale, Georgia, at 9 a.m. hoping to cast his vote early.

At 2 p.m. Dubose had just reached the front of the line - that ran hundreds deep and snaked around the senior center into the back parking lot.

After battling temperatures in the 40s and finally reaching the front door, yet another line and voter information forms stood between Dubose and the voting booth.

"It's ridiculous," he said. "It's worth it, but it's completely unnecessary. We shouldn't have to wait four or five hours in the cold to be able to vote. I would have voted in New York if I knew it was going to be like this."

NEW YORK (CNN) - The voter registration campaign Rock the Vote said Tuesday that more than 2,000 people it helped register to vote in New York have yet to appear on state voter rolls, a situation it blamed on a backlog at registration offices.

Rock the Vote spokeswoman Chrissy Faessen said state election officials lack the necessary resources to process tens of thousands of last-minute registration forms the youth-oriented group filed, raising questions about whether those people would be able to cast ballots on November 4.

"There's a huge capacity backlog," she said. "We don't have any indication that those will get on the rolls before Election Day."

Faessen told CNN that about 2,200 people have e-mailed Rock the Vote to report their names missing from registration rolls. More than 2.5 million people downloaded registration forms from the group's Web site, she said.

But election officials said they are capable of processing the record number of new registrations filed this year, and no backlog exists.

"They are going to have to give us names because at this point, it's a lot of rhetoric," said Valerie Vasquez Rivera, a spokeswoman of the New York city Board of Elections. "Having the resources to process the record volume of forms is not a concern of ours."

Rivera said the agency's staff is working 12-hour shifts to make sure every valid registration is handled and the election "goes off without a hitch."

"Anyone whose voter registration form was postmarked by October 10th and was received by October 15th at either the state Board office or a local Board office is eligible to vote in the November 4, 2008, general election and will be in the books," she said.

About 235,000 voter registration forms were received by the Board of Elections in all of 2007, according to a Board of Elections statement. In contrast, board offices received a record 204,000 in just the two weeks leading up to the October 15 deadline.

Florida caller: 'I just want my vote to count' 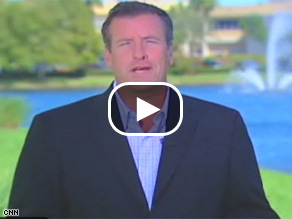 “Senator Obama has made a lot of promises," McCain told a crowd in Hershey, Pennsylvania. "First he said people making less than $250,000 would benefit from his plan. Then this weekend he announced in an ad that if you're a family making less than 200,000 you'll benefit.

“But yesterday, right here in Pennsylvania, Senator Biden said tax relief should only go to ‘middle class people - people making under $150,000 dollars a year.’ You getting an idea of what’s on their mind. Eh? A little sneak peek. It's interesting how their definition of rich has a way of creeping down,” said the Republican nominee, to boos from the audience.

END_OF_DOCUMENT_TOKEN_TO_BE_REPLACED

Polls show McCain not making up ground in Ohio

(CNN) - John McCain does not appear to be making up ground in Ohio, the key battleground state that is crucial to keeping his White House hopes alive.

According to CNN's latest poll of polls of the state, the Arizona senator now trails Obama by 6 points there, 50 percent to 44 percent. That gap is two points wider than it was Monday and double what it was one week ago.

No Republican has won the presidency without carrying Ohio, and barring a major upset in another big state, the state's 20 electoral votes are a must win for McCain. The Republican presidential candidate is expected to spend two full days there later this week.

The latest Ohio poll of polls consists of recent surveys from LA Times/Bloomberg (October 25-27), Reuters/Zogby (October 23-26), and CNN/Time/ORC (October 19-21). CNN Poll of Polls do not have a margin of error.

Meanwhile, a new poll of polls in Florida shows a similar story. The Arizona senator trails Obama by 4 points there, 49 percent to 45 percent. That gap is 3 points higher than it was earlier today and is largely due to a newly released survey from LA Times/Bloomberg showing McCain down 7 points in the state. The Florida poll of polls also includes surveys from Suffolk University and Reuters/Zogby.

Palin will return to Alaska to vote

Palin plans to leave the campaign trail next Monday night to fly to Anchorage, and will then drive to Wasilla to cast her vote before returning to the lower 48 to spend election night with John McCain in Phoenix.

“Home is where Gov. Palin launched her career in public service and it's fitting that she return to Alaska to vote,” the adviser said. “She's looking forward to traveling to Wasilla to cast her ballot.”

As of ten days ago, Palin was unsure where she would be on November 4.

“We don't know what the plan will be yet on there,” she told reporters on her campaign plane earlier this month. “If I'm not there physically we will be applying for that absentee ballot and we'll do the early voting there. Yeah. And we'll do it fairly.”

SHIPPENSBURG, Pennsylvania (CNN) - As the McCain campaign continues to press Barack Obama over a 2001 radio interview in which he uttered the phrase “redistributive change,” Sarah Palin on Tuesday accused the Democrat of wanting to re-write the Constitution to give the judiciary the power to redistribute wealth by confiscating the property and income of ordinary Americans.

Palin brought up the interview almost immediately after beginning her evening speech at Shippensburg University in central Pennsylvania.

“Sen. Obama said that he regretted, he regretted that the Supreme Court hadn't been more radical and he described the Court's refusal to take up the issues of redistribution of wealth as a tragedy,” Palin said. “And he said that he also regretted that the Supreme Court didn't break free from the essential constraints that were placed by the Founding Fathers there in the Constitution, that's a quote.”

END_OF_DOCUMENT_TOKEN_TO_BE_REPLACED

[cnn-photo-caption image= http://i2.cdn.turner.com/cnn/2008/images/10/28/art.biden28.ap.jpg caption="Biden went off script to attack McCain Tuesday."]MELBOURNE, Florida (CNN) – After sticking uncharacteristically close to his prepared remarks in recent days, Joe Biden veered off Tuesday night while speaking near Cape Canaveral to play up his ticket’s support for the space industry, and to hit John McCain over his health care plan - which the Democratic VP nominee called “the ultimate bridge to nowhere.”

The Obama-Biden campaign has argued that McCain would tax health care as income which would cause employers to drop coverage for 20 million working Americans. Instead, McCain would offer $5,000 in credit to find a new plan on the open market - far less, Democrats say, than the $12,000 they believe a plan costs on average.

On CNN Tuesday morning, McCain economic adviser Dough Holtz-Eakin countered, “Why would they leave? What they are getting from their employer is way better than what they could get with the credit.”

Biden seized on the remark Tuesday. “We had a refreshing bit of 'straight talk' from John McCain’s top economic adviser about John’s health care plan,” said Biden, after calling it “the ultimate bridge to nowhere.”

END_OF_DOCUMENT_TOKEN_TO_BE_REPLACED

[cnn-photo-caption image= http://i2.cdn.turner.com/cnn/2008/images/10/28/art.touch1028.cnn.jpg caption="A caller to CNN's voter hotline reported that his mother had difficulty accurately casting her ballot on a touch screen like the one pictured here."]
(CNN) – Voters this election cycle are braving many challenges. Lines have been long for early voting in some states, some voters face rigorous identification standards, and there’s even a dress code for voters in some states.

Being certain your vote is accurately recorded is the final hurdle to participating in what is shaping up to be an unprecedented level of voter interest and turnout in the presidential election; some callers to CNN’s voter hotline are reporting problems with this important final step in the voting process.

A caller from Beaumont, Texas reports that his mother, who he accompanied to the polls, had problems assuring the electronic touch screen machine was accurately recording her preference for Sen. Barack Obama. “She went to punch the selection for Obama and it flipped to McCain,” the caller said. “They need to do something about this. They need to separate the names. Put ‘em apart, pretty much. Side-by-side instead of stacked on top of one another. This issue needs to be addressed,” said the caller.