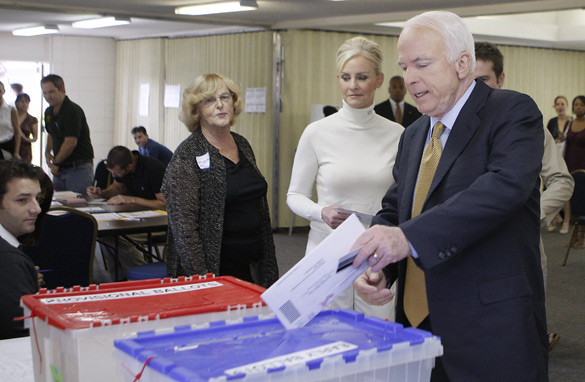 A gaggle of photographers gathered around the Arizona senator as he entered and exited the polling station at Albright United Methodist Church in Phoenix.