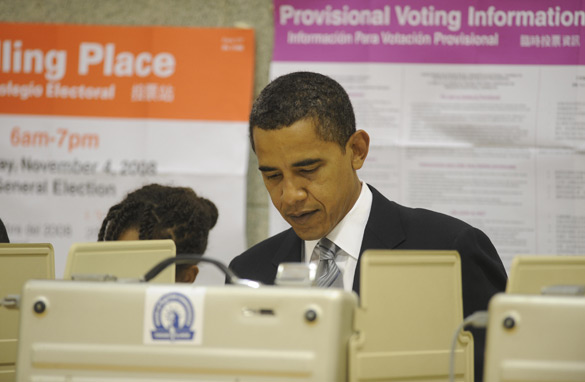 Obama walked in with his wife, Michelle, and their two daughters. The Illinois senator shook hands with poll workers as he signed in. He and Michelle Obama then cast their ballots in side-by-side booths as their daughters looked on.

He will head to Indiana later in the day for a campaign stop and a traditional game of basketball, which he played on every day of his Democratic primary wins.