Begala: Faith in the Constitution 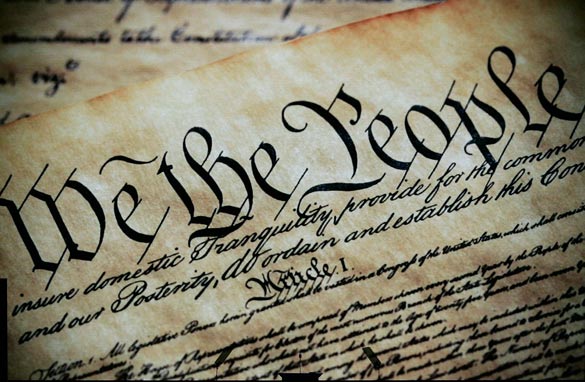 (CNN) - Thirty-four years ago, Barbara Jordan, the pioneering African-American congresswoman and scholar, gave one of the great American speeches. A member of the House Judiciary Committee, she was speaking about the possibility of impeaching President Richard Nixon. But her sights were higher than even that momentous decision.

The Constitution, she noted, begins with the words, "We, the people." "It's a very eloquent beginning," she said. "But when that document was completed on the seventeenth of September in 1787, I was not included in that "We, the people." I felt somehow for many years that George Washington and Alexander Hamilton just left me out by mistake."

In truth that Constitution not only left her out, it enslaved her people. It insulted her, counting her and other African-Americans as three-fifths of a person. And yet, across two centuries America continued to strive to create a more perfect union. Reflecting on that progress, Jordan said, "My faith in the Constitution is whole; it is complete; it is total." After three decades, Barbara Jordan's faith inspires and humbles me.

Scripture teaches that "Faith is the substance of things hoped for; the evidence of things not seen." For two centuries Americans have had faith in our Constitution - even when America did not yet have faith in them. Barack Obama's election is proof that Barbara Jordan's faith - and the faith of countless other Americans - was not in vain. Even in this cynical age, we must acknowledge the wonder-working power of our Constitution, and the secular miracle of the American Dream.