As she coupled chic designer splurges with off-the-rack goodies from J. Crew, H&M, White House/Black Market and Target, fashion spectators say her ability to make a strong statement on a budget sends an important message during tough economic times.

"Michelle Obama can't be too over the top; she has to be recession chic all the way," style expert Mary Alice Stephenson said. In a soured economy, the choices she made throughout the campaign show that "she gets it," Stephenson said.

And it's inspiring American women to emulate her style.

Back on the beachfront 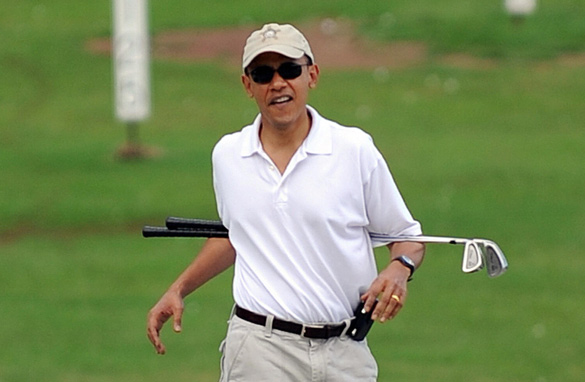 Barack Obama is spending the holidays back in Hawaii - but the nation's financial woes mean a working vacation for the president-elect.

Watch: Some of the key moves expected from the Obama transition team.

CNN: Iraqi shoe thrower in court next week, brother says
The trial of a reporter charged with throwing his shoes at President Bush during a news conference will begin next week, according to the reporter's brother.

CNN: What Obama promised Biden
Before he accepted Barack Obama's offer to join his presidential ticket, Joe Biden got a promise from Obama: that he would be there for "every critical decision," Biden said in an interview broadcast Sunday.

CNN: Obama ups jobs goal to 3 million on bad economic news
President-elect Barack Obama has decided to increase his goal for creating new jobs after receiving economic forecasts that suggest the economy is in worse shape than had been predicted, two Democratic officials told CNN.

CNN: Minnesota Senate recount to resume this week
With somewhere between 1,000 and 2,000 ballots left to be processed, the recount in Minnesota's U.S. Senate race will resume this week and likely will not be resolved until the end of the month, Minnesota Secretary of State Mark Ritchie said Sunday.