Bloomberg, who was first elected as a Republican, is now a registered Independent.

"As a New Yorker, I am very excited at the prospect of helping the Mayor at this very critical time in our city's history," Wolfson wrote in an Tuesday e-mail. "It is quite clear to me that the mayor's strong record provides a compelling case for his reelection - and that he will provide the proven leadership we need to guide the city through the unprecedented fiscal challenges we face."

Wolfson, a former advisor to New York’s Democratic Party and a long-time Bloomberg critic, downplayed his earlier assessments of his boss as an “out-of-touch billionaire.”

“That was my evil twin,” he told NY1 Tuesday.

[cnn-photo-caption image= http://i2.cdn.turner.com/cnn/2008/images/12/23/art.lincoln.gi.jpg caption="Obama will be the first president since Lincoln's first term to be sworn in using the Lincoln Bible."]
The Obama transition team announced Tuesday morning that the president-elect would be sworn in with the Lincoln Bible, used by 16th president when taking the oath of office in 1861 (Full statement released Tuesday follows):

"Washington, D.C. – On January 20th, President-elect Barack Obama will take the oath of office using the same Bible upon which President Lincoln was sworn in at his first inauguration. The Bible is currently part of the collections of the Library of Congress. Though there is no constitutional requirement for the use of a Bible during the swearing-in, Presidents have traditionally used Bibles for the ceremony, choosing a volume with personal or historical significance. President-elect Obama will be the first President sworn in using the Lincoln Bible since its initial use in 1861.

'President-elect Obama is deeply honored that the Library of Congress has made the Lincoln Bible available for use during his swearing-in,' said Presidential Inaugural Committee Executive Director Emmett Beliveau. 'The President-elect is committed to holding an Inauguration that celebrates America's unity, and the use of this historic Bible will provide a powerful connection to our common past and common heritage.' "

END_OF_DOCUMENT_TOKEN_TO_BE_REPLACED

Obama: Put the journalists' beer on my tab

[cnn-photo-caption image= http://i2.cdn.turner.com/cnn/2008/images/12/23/art.obamahi.gi.jpg caption="Obama offered to pick up the tab for a group of journalists - an offer few would make."]HONOLULU (CNN) - Many Republicans already believe President-elect Barack Obama has gotten a free ride from the national media, so they may not be happy to learn the incoming Commander-in-Chief offered to buy a round of drinks for reporters covering his working vacation on the sands of Hawaii's beaches and the greens of its lush golf courses.

Halfway through a round of golf on Sunday afternoon, Obama rolled up to the snack bar in his golf cart to find a small pool of reporters waiting to get more pictures of him enjoying a leisurely day. No doubt realizing these might not be the best images at a time of recession, Obama suggested the reporters seek some other recreation to pass the time - rather than snapping so many pics.

"Obama then told us we should be in the clubhouse at the bar having some beers," according to a pool report by Jamie Farnsworth of CBS News. "Someone asked if he would pick up the tab and he agreed before driving off to the next hole. Pool is still holding without beer.

END_OF_DOCUMENT_TOKEN_TO_BE_REPLACED

The report, drafted by Greg Craig, Obama's choice for White House counsel, concludes that neither Obama nor his aides - including Emanuel - had any "inappropriate" contact with Blagojevich or Blagojevich's staff.

The report states that there is "no indication of inappropriate discussions with the governor or anyone from his office about a 'deal' or a quid pro quo arrangement in which he would receive a personal benefit in return for any specific appointment to fill the vacancy."

END_OF_DOCUMENT_TOKEN_TO_BE_REPLACED

[cnn-photo-caption image= http://i2.cdn.turner.com/cnn/2008/images/12/23/art.getty.obama.blago.jpg caption="Internal report states no inappropriate contacts were made between Obama aides and Blagojevich."]
(CNN) - An internal report compiled by the Obama transition team concludes that neither President-elect Obama nor his aides - including incoming Chief of Staff Rahm Emanuel - had any "inappropriate" contacts with embattled Illinois Gov. Rod Blagojevich or Blagojevich's staff.

The report states that there is "no indication of inappropriate discussions with the governor or anyone from his office about a 'deal' or a quid pro quo arrangement in which he would receive a personal benefit in return for any specific appointment to fill the vacancy."

The report states that Obama himself had no "contact or communication with Governor Blagojevich or members of his staff about the Senate seat."

END_OF_DOCUMENT_TOKEN_TO_BE_REPLACED

[cnn-photo-caption image= http://i2.cdn.turner.com/cnn/2008/images/12/23/art.getty.obama.closeup.jpg caption="Polls suggest the majority of Americans favor an economic stimulus package."]
WASHINGTON (CNN) - A new national poll suggests that most Americans favor an economic stimulus package even if it comes with an $800 billion price tag, but that support doesn't indicate that the public wants to see a new era of big government.

Fifty-six percent of those questioned in a CNN/Opinion Research Corp. survey released Tuesday said they favor the stimulus package that President-elect Barack Obama is proposing; 42 percent were opposed. Obama is pushing Congress to pass the plan soon after he's inaugurated on January 20, to help jump-start an economy mired in a deep recession.

END_OF_DOCUMENT_TOKEN_TO_BE_REPLACED

[cnn-photo-caption image= http://i2.cdn.turner.com/cnn/2008/images/12/23/art.getty.prop.8.jpg caption="Public opinion on California's controversial Proposition 8 remains unchanged."]
(CNN) - How have the aftershocks of California’s Proposition 8 - the legal challenges to the states same-sex marriage ban, the protests and boycotts, the controversy that greeted President-elect Obama’s decision to invite evangelical minister Rick Warren to deliver the invocation at his inauguration –- affected national public opinion on the issue?

Not at all, according to a CNN/Opinion Research Corporation poll released Tuesday.

In June, 44 percent of those surveyed said that gay marriages should be recognized by law as valid, and a slim majority – 53 percent – said they should not. Six months later, public opinion seems frozen in place, at least for the moment: support for gay marriage remains at 44 percent. So does the opposition –- at 55 percent, it’s statistically unchanged from the summer result, given the survey’s margin of error of plus or minus 3 percentage points.

END_OF_DOCUMENT_TOKEN_TO_BE_REPLACED 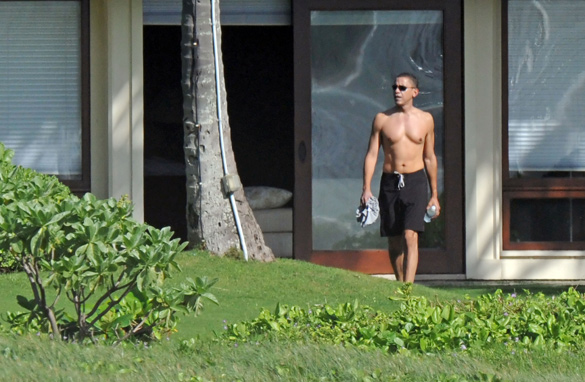 Biden: No earmarks in the Obama stimulus

[cnn-photo-caption image= http://i2.cdn.turner.com/cnn/2008/images/12/23/art.getty.biden.obama.jpg caption="The VP-elect says there will be no earmarks in the economic recovery plan."]
WASHINGTON (CNN) - Vice President-elect Joe Biden pledged Tuesday that there would be no earmarks in the stimulus plan that he and President-elect Barack Obama are proposing to jump-start the economy.

"It’s important for the American taxpayer to know that it’s not -– and I want emphasize this having served many years in the Senate –- this is not going to be politics as usual," Biden told reporters, after meeting with the transition team's economic advisers.

CNN reported over the weekend that Obama transition aides were hinting that no pork or earmarks would be in the package.

Blagojevich has been accused of trying to sell the Senate seat that had been held by President-elect Barack Obama, and was arrested earlier this month. The president-elect had ordered his team to compile a report listing all conversations between the transition office and the Illinois governor. Obama said several days ago that the public release of the list had been delayed at the request of federal investigators.