Santa has officially signed out for the year, says U.S. military 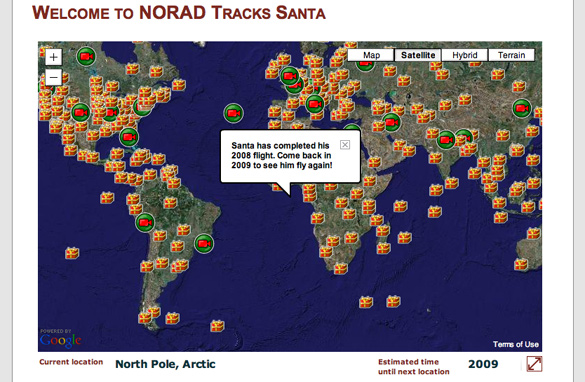 The North American Aerospace Defense Command (NORAD) - which has tracked Santa's travels for more than half a century - partnered with Google Maps to offer curious children a chance to follow St. Nick's journey around the globe this year.

The military command, which monitors potential threats over North American airspace, said Santa's 2008 trip began Wednesday at the International Date Line in the Pacific Ocean. Above: a map of this year's journey, now complete, on the agency's Santa Tracker Web site.