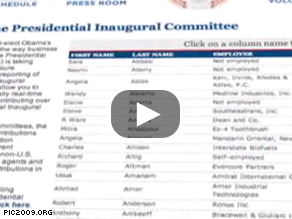 Steven Spielberg, Halle Berry, Sharon Stone, and Jamie Fox are among the Hollywood stars who have donated the maximum $50,000 to the Presidential Inauguration Committee.